The first proven mention of the "Auguste", a comic character identified as a figure and a character in its own right, can be found in an extremely rare book1 published in 1897 on the occasion of the 50th anniversary of the foundation of Circus Renz. The book, which is purely commemorative, lists all the artists and events involved in a large number of performances given between 1846 and 1896. On the 3rd of November 1874, the author, Alwill Raeder, mentions a "30-year-old squire" described as Auguste who appears in the ring, according to the sources, as a result of a fortuitous circumstance or a reasoned and planned action. This historical inaccuracy reveals the character's versatility and the difficulty of defining him in time, but it also implicitly defines the diversity of his origins.

The commonly accepted version involves Circus Renz, Tom Belling, hired as a "comic" artist and member of the troupe since 1871, and the city of Berlin. The original character is supposed to be drunk by convention and the fall that causes laughter is thus justified, but it is also admitted that he stumbles to escape Ernst Renz's anger after trying to avoid the obligation of the gate. 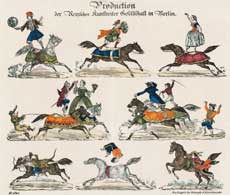 One evening in Berlin, an anonymous artist, or Tom Belling, may try to get away from his duties by dressing up in a garment that is too long or too small. Ernst Renz probably understands the subterfuge, gets angry and has one of his legendary tantrums. The artist prefers to run away rather than confront him and, pursued, rushes into a vomitorium and slides all the way down headfirst into the dust. Stunned, he provokes the public's hilarity by getting up, and at the same time attracts cheerful jeers. The story is then enriched with a certain flavour by offering the clumsy individual an unexpected identity. The Berlin public, direct and heckling, did not hesitate to call him an idiot, august in slang at the time and Ernst Renz instantly grasped the pertinence of the mockery, perfectly suited to the look and stupor of the artist who was being made fun of in this way. Auguste, a clumsy acrobat or squire, was born. 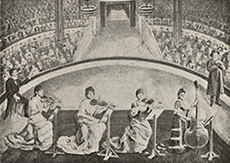 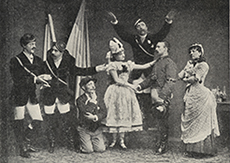 Very quickly, the character will develop and gain a certain autonomy. Mr. Auguste appears alone in the ring or as a counterpoint to the indifferent horsewoman, thus fixing for eternity his image of a helpless and desperate lover. He loses his title and his majesty when he attracts the attention of the Clown, already very present in the ring since the beginning of the 19th century. The latter will very quickly grasp the interest of an association with this newcomer and thus contribute to the founding of the comic duo and the beginnings of a repertoire. First, the programmes of equestrian circuses will mention the presence in the ring of the Clown, expressly followed by his name, and the Auguste clown, a very generic name, but above all a singular identity that could differentiate two potential "clowns". 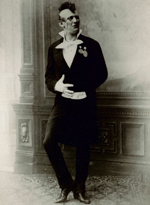 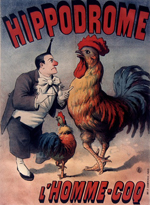 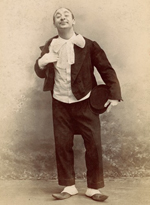 By becoming the two entities of a couple, clown and august upset the dominant lines that compose them. The clown unloads his victim dimension on the august and gradually becomes both a despot and a stooge. Ironically, the Elizabethan clown, the original incarnation here, has all the appearances of an... august as he would become formalised through his mutations. To some extent, Tom Belling is "elegant". He wears a slightly offbeat evening outfit, but he keeps a certain flair. Many others after him will continue to wear frock coats and frills before the appearance of the Auguste really escalates and colourful outfits replace the duller shades of the jackets and trousers displayed by Belling's direct heirs. 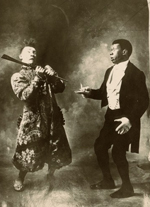 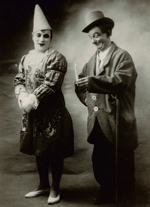 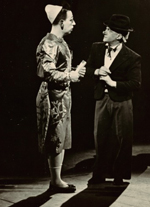 One of the initial characteristics of the Auguste is the sheer size of his cloakroom: Albert Fratellini structured a very different silhouette from those of his predecessors when he met a tramp in a bar in London. Seduced by the man's appearance, he offered him an exchange of clothes and he created a unique silhouette. The determining elements of this "creation" are a large coat and a pair of shoes that are too big and very worn out. These two pieces will constitute an effective matrix for generations of Augustes. The slide towards a brightly coloured cloakroom will go through an intermediate step based on stripes and checks too wide not to be caricatural. 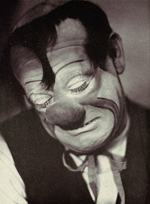 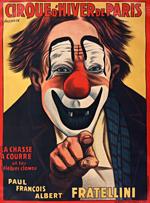 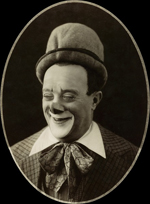 Nevertheless, far beyond his appearance, it is in what composes him theatrically and artistically that the Auguste reveals himself and differentiates himself from the clown. He imposes a form of fragility linked to childhood and develops a particular vocabulary where candour and naivety mingle, but also greed, a playful instinct and a liking for dissimulation with no consequences. In this way, he strangely resembles some of the characteristics of the Harlequin character, but he also forges a multifaceted character. The Auguste is first and foremost a partner, involved with the clown from the end of the 19th century onwards. At first the duo naturally appeared with artists like Foottit and Chocolat, but very quickly a first trio consisting of Paul, François and Albert Fratellini emerged. This new order of things enriches the discipline and inspires many clown teams. 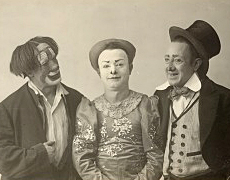 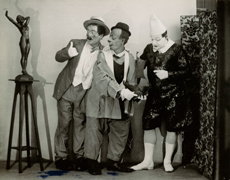 Between 1900 and 1930, there were increasing numbers of duos and trios, often with great success, but the balance of power between the clown and the Auguste, one orders, the other executes, is sometimes complex to manage. One of the first Augustes to break free from such strict guidelines was Grock. Gradually, the Augustes chose to express themselves on their own and from Charlie Rivel to Achille Zavatta, many of them enjoyed remarkable careers. Today, the border is increasingly porous between the two comic characters and artists such as Colombaioni, David Shiner, Peter Shub or Ludor Citrik are at the crossroads of expressions, subtly mixing distinctive traits attached to the two characters that had been for so long opposed and had become complementary. 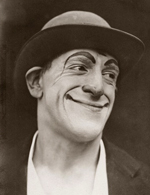 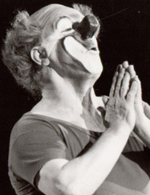