The word clown appeared in the middle of the 16th century in northern Europe to refer to a person whose ridicule is laughable. A rural figure who ignored city codes, he entertained city dwellers on the stages of Elizabethan theatre. 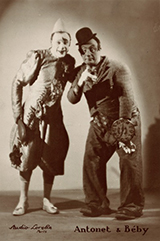 Great authors write clown or fool roles for these first stars of clown art like Tarlton or Armin. Clown then refers to a figure, a job and an actor's specialty. He inherited other comic traits with diverse origins and functions such as fools, buffoons, madmen, jesters, Vice, klönne, European pagliaccio and has his equivalents in America, Africa or Asia.
At the beginning of the 18th century, he played the role of Clown alongside Harlequin and the other characters of English pantomime. Joe Grimaldi is the undisputed star of the show.
Clowns integrated modern circus programmes at the end of the 18th century, first as entertainers to counterbalance equestrian exploits, then as stars, experts in acrobatics, dressage, music or juggling, as was the case in the 19th century with the French Auriol, the Spanish Medrano, the British Price or the Russian brothers Durov.
The emergence of the Auguste at the end of the 19th century, a proletarian transposition of the Elizabethan peasant, gave the clown the ideal partner and recycled the master-servant or prince-fool duets. Foottit and Chocolat or the Fratellini trio bring acclaim to the clown comedy and their repertoire of "entrées" still in force.
The circuses of the United States of America adapted their clown troupes to the giant big tops and the comedy's aces migrated to the cinema, while the figure of the Auguste gained in autonomy with Grock, Emmett Kelly, Lou Jacobs, Achille Zavatta, or Oleg Popov.
After women clowns entered the scene at the end of the 19th century, many contemporary clowns and clownesses are now working all over the world on stage, in the ring, on screen, and in the fields of education or care.
Having entered the collective imagination and become a generic name, the clown is now an integral part of society as a whole. 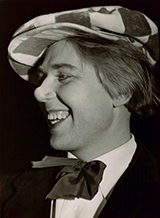 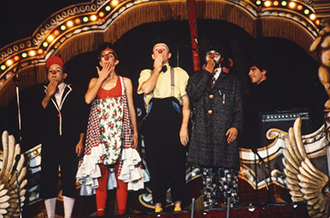 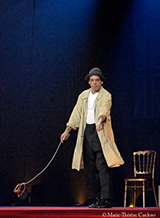