In 1793, the British equestrian John Bill Ricketts opens The Circus in Philadelphia, the first of its kind on New World soil, an establishment where acrobats, rope dancers and... a clown perform! Mr. McDonald, an acrobat and jumper on the floor who provides "comedy interludes", is also the "first" to step into the ring of a circus in America. The repertoire is imported from Europe and the now famous Tailor's Race in Brentford is quickly integrated into Ricketts programs. The clown, clumsy and funny, is a natural part of the shows scenes, but no one can imagine how much more powerful a symbol he will become than acrobats or equestrians.

The first "real" American clown was Dan Rice, born Daniel McLaren in New York on 23 January 1823. A fanciful creator of his own circus, a candidate for Congress, the Senate and the presidency of the United States, he died in misery in 1900. The most famous man you've never heard of according to his biographer David Carlyon in 2001, he became famous with a figure borrowed from the vivacity and flexibility of Shakespearean jesters. Sharp and witty, he wins the public over by improvising a joke or a pun from a random word. His fame is immense, nurtured by his talents as a trainer: Dan Rice owns and exhibits Lallah Rookh, an Asian tight-rope walking elephant, an Indian rhino, a waltzing camel and two skillful mules, all extraordinary creatures which fascinate his peers. The main characteristic of this strange entertainer is his ability to handle derision in all circumstances, playing with the reversals of fortune without ever losing his generosity. When he died at the dawn of the 20th century, he left the memory of a figure that is considered to have inspired the image of Uncle Sam, but since the advent of the three-ring circus twenty years earlier, the figure of the American clown has already profoundly evolved. The immensity of the tents no longer allows people to work with finesse and it is now a question of producing comic effects based on excessive accessories, water sprays and smoke while relying on a large number of individuals, heavily disguised and dressed in colourful rags. Barnum and Bailey thus introduces a hundred clowns, invading the vast space like a colourful and noisy wave to create a few minutes of concerted madness before going back behind the scenes until their next appearance. 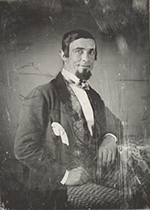 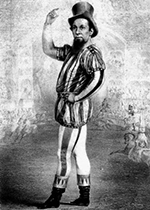 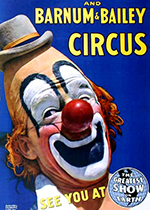 With such stakes where urgency and ease are predominant, anonymity is the norm, but some singular personalities will nevertheless stand out among these happy whirlwinds. In their own way, Félix Adler and Lou Jacobs embody this great stylistic variation of the modern American clown, attached to intangible performance codes, but at the opposite end of what constitutes a comedic entrance in Europe. Felix Adler, crowned "King of Clowns" and "The White House Clown" for his numerous performances before several Presidents of the United States, is above all a silhouette. His natural charisma distinguishes him from the other clowns of the troupe, but he is above all an effective visual "reference" for the public who identifies him thanks to the posters bearing his effigy. He worked for twenty years under the Ringling Bros. and Barnum & Bailey circus tent: one third of the time spent in the same establishment by one of the other stars of the troupe, Lou Jacobs. Born in Bremerhaven in 1903, Johann Ludwig Jacob emigrated to the United States in 1923 and joined a group of acrobats from Belgium. In 1925, his partner won a contract with Ringling Bros. and Barnum & Bailey: a year later, the young man became one of the giant circus clowns, a position he held for... 60 years! Dressed like Albert Fratellini, becoming Lou Jacobs for posterity, his face adorns a stamp of the American Post Office in 1966, making him the first citizen of the United States to be represented in his lifetime on such a support. His comic register differs little from that of the other clowns in the troupe, but he is creative and invents a few entrances that have become classics. His past as an acrobat allows him to slip into a tiny car from which he easily pulls himself out under the eyes of an astonished public and he creates with his little dog Knucklehead, dressed in rabbit ears, a parody of hunting set to fit between two numbers of the show. 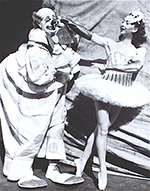 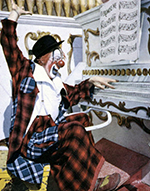 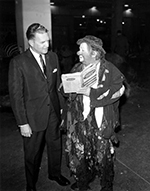 Gradually, Lou Jacobs acquires a different status and establishes himself as one of the company's stars. His face is popularized by posters and numerous advertising inserts and he becomes one of the "icons" of the American circus. His character is that of a noble man, that is if the distinction has any value in America, and even if he is associated with all those who make up the Clown Alley, his distinctive and clearly recognizable silhouette distinguishes him from the group. As an excellent pedagogue, Lou Jacobs, like Otto Griebling, teaches at Clown College, founded in 1968 by Irvin Feld, a training centre designed to train the next generation of students to work in the three rings of the two units created by the Feld family. Trained by lecturers with multiple profiles, from Rob Mermin to Philippe Petit, personalities as different as Barry Lubin, Bill Irwin, Peter Pitofsky, the actor David Strathairn or the magician Penn Jillette will graduate from this one of a kind institution. Clown College closed in 1997.

By establishing themselves as the stars of the Ringling Bros. and Barnum & Bailey Circus from the 1990s onwards, David Larible and Bello Nock, two artists from old European dynasties, revived this opportunity for the clown to breathe new life into an entire show. Acrobat, Bello Nock develops very physical performances when David Larible adapts with great accuracy some clownish entrances of the repertoire. However, their very different styles blend very naturally into the three-ring circus, where the effects tend to diminish with distance.

The American clownish school is inspired by European references, but it also knows how to break away from them by formulating its own types such as the tramp or the hobo. The crisis of 1929 threw thousands of ruined and now homeless people onto the roads: vagrants, or tramps, became a full-fledged category of the population, and two young clowns drew an unprecedented identity from this turmoil. Otto Griebling endorses the attributes of the tramp in 1930 and Emmett Kelly does so a few years later. Through a clever mixture of simplicity and irony, assimilated to a social phenomenon, they win the hearts of the public: detached from the clowns' troupe, Emmett Kelly in his role as Weary Willie wanders solo under the big top, nibbling on cabbage cores and stops at regular intervals in front of a section of seats to stare at a female spectator until she blushes or looks down... As a trained caricaturist and a good actor, he knows how to play tiny sketches with finesse in particularly difficult times. Otto Griebling and Emmett Kelly wear similar make-up: the lower part of the face is coated with black, as if Otto covered by an unshaven stubble, and they wear similar costumes, more scruffy than elegant. Unusual, although he is very close to the character of the noble man as he is sometimes embodied in Europe, the American tramp remains a singular contribution to modern and contemporary clown writing. In particular, it sharpens the "vagabond" dimension of the noble man, often considered to be almost a tramp as far as his appearance is concerned, put together from poorly fitted clothing items, loose to excess with unusual shoes and a coat. Michael Christensen, co-founder in 1977 of the Big Apple Circus in New York, is undoubtedly one of the last artists to retain this strange, drab and disillusioned silhouette. 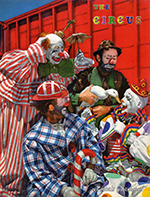 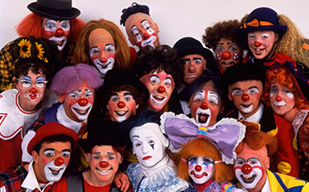 Blends of vivid colours, sometimes to an extreme form of assumed visual vulgarity, exaggerated lines and volumes and outrageous make-up characterize a large number of American clowns. Explicitly associated with childish characters, a certain number of artists were able to filter the references and draw from a symbolic repertoire some outlines and key strengths to establish themselves differently. A new generation of clowns, born in the 1950s, has largely contributed to renewing the comic gesture in America, shaking up the classic codes of play and performance to revive the legacy of a long theatrical tradition initiated on Elizabethan theatre boards. Barry Lubin, David Shiner, John Gilkey, Peter Shub, Bill Irwin, Peter Pitofsky, Jango Edwards and the Canadians Marc Favreau and Luc Durand – the famous Sol et Gobelet –, Louis de Santis – he Clown Bim –, René Bazinet (René Fiener), Denis Lacombe or Joe De Paul – Mr Joe – have succeeded in synthesizing a multi-faceted character to forge singular identities while offering their clowns new areas to explore. While Barry Lubin chose cross-dressing to compose a dynamic grandmother character, others preferred a simplified appearance to allow them to scale their comic register differently. David Shiner broke a taboo by integrating spectators into his performances, creating a concept of gracious mockery and predation at the expense of his "victims". Flirting for some with the codes of stand up, moving without difficulty from the ring to the stage or to the television sets for others, the main lines of a "clown of American origin" have evolved considerably to value and enhance what is today more like a mosaic of differences and singularities in the service of humour and derision. 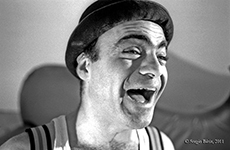 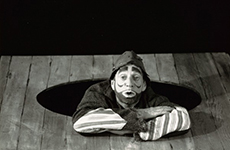