"It's not easy to make people laugh as a woman. People are uncomfortable laughing at a woman who has fun being ridiculous even if it's done well."
Roxanne de Bruyn – clowness Greta

In popular knowledge as well as in the collective imagination, the clown is a male figure. The opposition between the stereotypes of the clown and the woman prevents them from being associated: the clown represents the bad parts of the man while the woman embodies control, beauty. This gap is all the greater because it corresponds to the social differentiation between men and women. Laughter, as a social practice, contributes to this gender sectorisation. The woman is seen as passive and the man as active, the woman as receptive and the man as productive. 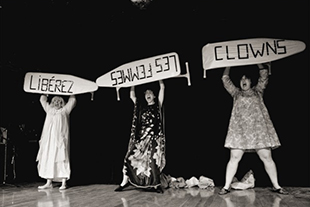 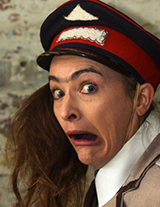 Asking if there is a typical female clown profile means considering gender as a valid dividing line. Finding common artistic specificities for them is a way of giving credit to this sectorisation. If there were to be a typical profile of female clowns, it would be a "social" type: one that finds itself confronted with the difficulties resulting from the creation of gender characteristics. For example, despite their numerical advantage in practice, there are fewer women in the labour market and positions such as directors, producers, or even recognition, are attributed to men. The Brazilian clownesses Marias de Graças, consider themselves as "women who have organised and developed an artistic expertise historically marked by a male presence, which has produced a cultural reading making it impossible for female clowns to exist". They are indeed affected by gender issues. They explain that they are "women who work with laughter and who have chosen the art of the clown to express the daily life of a woman". Similarly, the group of Quebec clownesses Toxique Trottoir states that "the standardisation of bodies and models, as well as the right to be different within a society that is becoming more uniform every day, are themes that deeply affect them as women and creators".
Their style depends on the women, the clownesses they embody and the society in which this creative process takes place. As Alba Sarraute, a clowness of Spanish origin, points out, it is about "just living as [she is]. A woman who knows her strengths and uses them to go further". 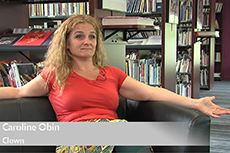 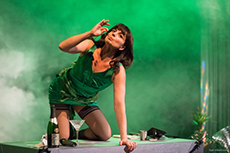 Where do they come from?

Considering Howard S. Becker's classification, which includes integrated professionals, the majority, the mavericks whose works surprise and sometimes disappoint their art world, the popular artists who produce in current and community practices, and the naive people who are autonomous or even marginalised, clowns turn out to be predominately mavericks. In fact, clownesses have variable and diversified origins, even if they are often close to the arts and human and social sciences, which can be seen through their artistic practice. Actress, musician, social development manager in companies, teacher, engineer, actress, clowness, they are often multifaceted and versatile. When it is not a question of working "just to pay the bills and put food on the table" but rather of engaging in artistic practices, the combination is conducive to clownish creation. Orianne Bernard – Ava la Dame en verte –, is a French circus artist, a trapeze artist, but also a razor blade swallower, able to hang by her teeth to a chandelier, to make sparks with her iron panties and a clowness. Cristi Garbo, a Catalan, combines cabaret, music hall and singing with the clown. Both of them develop ultra-feminine characters identifiable by their dress in a stereotypical and unicoloured evening dress. Charlotte Saliou – Jackie Star –, French, uses her experience as an opera singer to serve her clowness or a clown playing situation. In a video of the show ElianeS (2011), while she sings perfectly in front of her teacher who gives her dubious indications, a rambling character enters the scene, challenging her: "You piss us off with your cries there. You're giving me a headache; it sounds like a calf dressed as cow! As the audience is led to think that her teacher is standing up to intervene on her behalf, she approaches her to give her a kiss and confess to her: "My head is like a balloon". 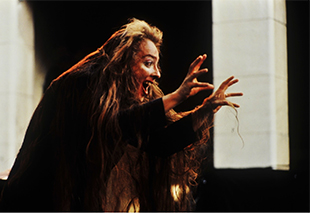 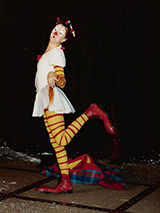 Their geographical origin can determine part of their clownish approach but also their life choice as a woman. In her article entitled  "Palhaçaria Feminina : trajetoria e investigaçao e construcao dramaturgica de espetaculos de Karla Conca", Ana Borges observes the clown culture in Brazil through four shows, one gestural, the other built around a story, another that is spoken and finally a last creation that incorporates the three aspects of the creative vocabulary.

Some clownesses from countries where the conditions for fulfilment and development are not optimal for women, but also for clowns, migrate. Thus, Alba Sarraute Pons, a Catalan, follows her husband first to South America, then to Belgium where she takes up residence in order to benefit from existing resources and proximity to other European countries to work there. Neslihan Arol, a Turkish clown, lives in Germany to complete a doctorate closely related to the clown, entitled "Feminist Approaches to Comedy through Solo Performance Forms". Ana Borges, among others, chooses to stay in her country to show that she is not a "palhaçinha", a derogatory nickname sometimes used in Brazil, nor an aggressive clowness or condemned to hide behind men's clothes and certainly not a clowness for children's entertainment. 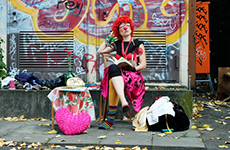 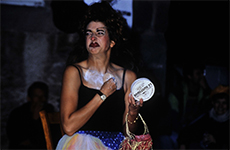 The clowness style is characterised by diversity: trash or balloons – which refers to balloon sculptors at birthday parties and other commercial events – out of genre or out of gender, naïve, performing in the genre or in the gender, working in a hospital, on the street, in the theatre, in the traditional circus, in the new circus, the list is all the more extensive because they do not hesitate to play over several fields and several cards at the same time. Gardi Hutter, a Swiss clowness, plays both a mouse in her unspoken show So Ein Käse (So a cheese) and a seamstress in her eponymous show Die Schneiderin. ElianeS' clownesses, Charlotte Saliou, Lula Hugot, Diane Bonnot and Laurence Cools, embark on the adventure of the clowns without their noses and are not afraid to play with the trash or the absurd, when one of them arrives on stage for example by staggering without articulating: "I'm broken, I'm a waste, I'm trash, throw me out on the pavement and call the bulky waste collectors. I want to get rid of myself, I'm a plague, I'm a plague, you need to get vaccinated; give me a smear and inoculate yourself with it". 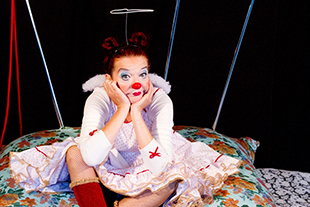 Other shows are distinguished by their theatrical dramaturgy. The French Company l'Entreprise features Catherine Germain's Auguste Arletti, both candid and clever. In the show Nez à nue (2012) by the Terre Sauvage Company, Frenchwoman Sabrina Maillé explores the erotic, sexual and carnal aspect of her clowness. In an identity quest that involves exposing the body in the truest sense of the word, the body serves as a support for the subject, and just like the nose, it forgets itself. In the next show, Creature, she plays an asexual character. Fiona Gordon and her husband, Dominique Abel, strive to use burlesque and the clown in movies that are close to the world of Tati and Charlie Chaplin. Through refined settings, comical situations, disarming and hilarious characters, they show us the derisory and beautiful nature of humanity. 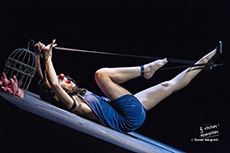 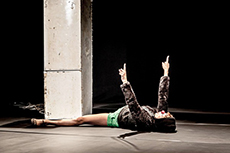 At the end of her experience with the Clown Alley of the traditional circus Ringling Bros. and Barnum & Bailey (Legends, 2014-2016), for which her gender was invisible through her costume and her role, Mariko Iwasa, a Japanese clowness living in the USA, offers other types of mime or spoken performances. Some women have adapted clowning to hospitals, often taking a higher place in terms of number and fame than men. This is the case of Caroline Simonds (Dr. Girafe), a US clowness, trained at the Clown Care Unit of the Big Apple Circus, founder of the famous Rire Médecin in France and Mélissa Holland (Dr. Fifi) of the Jovia Foundation in Quebec.
Naive as the French clownesses Amélie Venisse (Mademoiselle Cerise), Hélène Gustin (Colette Gomette) or Mériem Menant (Emma la clown) or scorching like Caroline Obin (Proserpine) or Elsa Foucaud (Zael Foucade), they nevertheless offer a varied palette of play and laughter. 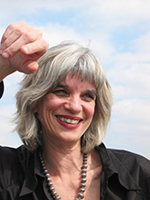 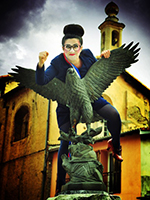 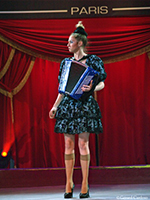 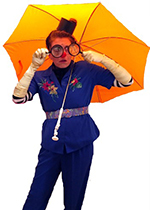 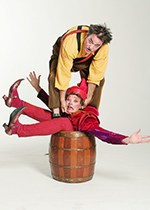 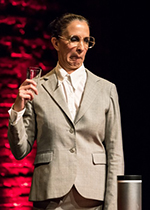