The clown and the Auguste in the centre of the ring: although the image is romantic, it only gives an incomplete account of the history and contemporary nature of art. Just as many great figures have mainly accomplished their careers on stage such as Grimaldi, Grock or Dimitri, clowns occupy all stages and screens outside the circus, are involved in the life of society and inspire the works of many artists. 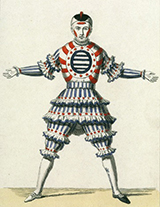 The Elizabethan theatre welcomed the first clowns, who were theatre artists like the girls and boys of the famous Russian Litsedeï theatre today. French, English and North American clowns were the heroes of burlesque cinema at the very beginning of the 20th century, at a time when artistic avant-gardes made it the emblem of their modernity.
Now, the music hall, variety, television and Internet scenes welcome their poetic or transgressive reveries. The greatest works of literary, musical or pictorial artistic genius focus on the power of clown representation. The very name of clown now covers a reality that goes far beyond that of a circus figure. Whether it is the worlds of care, education, social action, but also trade and industry, the media, comics, there is no such thing as a sector of activity or artistic field that escapes the clowns, men or women, gestural or chatty, tender or frightening, political or metaphysical.
These various spaces occupied by clowns testify to the universal scope of the figure and its functions, which go far beyond the show itself, beyond the performance area. 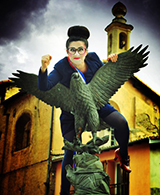 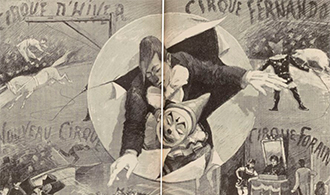 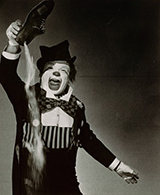