"Clowns can only come to life in the world of the circus. There was the music hall and it was over, they disappeared. They were there for the ring" Michel Serrault1

In June 1966, in a television show hosted by Pierre Tchernia and Marcel Amont to evoke Bal Tabarin, a Parisian cabaret opened in 1904, guests had to assume the character of a Belle Époque artist. Comedian Raymond Devos chooses to play Foottit, the clown of the Nouveau Cirque. This genius of storytelling, poet and philosopher, styled himself with great respect for the white cone of the mythical clown, preserved by Jean Richard in his museum in Ermenonville. Ten years earlier, in the ring of an illuminated Cirque d'Hiver for a recording of the program "La Piste aux Étoiles", he played the counterpart to an Auguste dressed exactly like Grock, with a felt cap and large plaid coat, who alternated his usual twangy "Ben my colon!" (“Oh gosh”), with the "Sans blâgue!" (“No kidding!”) of the great Swiss clown. Fernand Raynaud, a music-hall artist, tries his hand at clowning for the 1956 season at Cirque Medrano. He slips into the shoes of the clowns who preceded him in the "Clowns Circus" with humility and accuracy, like the tight-rope walker's tutu, his city hat on his braided wig. So much so that he was hired in 1957 for a second season, and in 1959 he featured in the Amar circus programme. 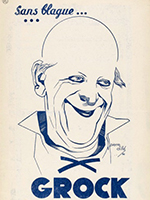 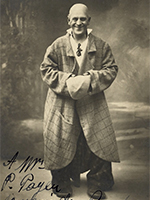 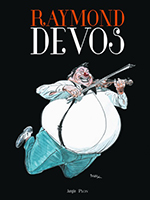 A tempting, courageous challenge that other performing and screen artists have taken up with mixed success, such as Albert Préjean in 1944. Delivered in full light, without decor, without trompe-l'oeil or illusions, in the circular arena surrounded by thousands of eyes, the new clown must summon resources whose codes he has barely discovered. In 1961, playing in the Pinder-RTF circus for the "La Piste aux Etoiles" tour, Roger Nicolas, an actor with the guile of a cheeky Parisian soul and rolling eyes, teams up with an experienced ringmaster, Roger Lanzac, who also hosts the "Jeu des Mille francs" ("Thousand francs game show"). Some, like Coluche or Zouc, seemed to be ideal candidates to embody a new generation of clowns, while others, who were experienced stage actors, really faced the demands of the circus, explored new performance territories and were part of a tradition borrowed from the first saltimbanques. Others, like Illi and Olli or Grock, do the opposite. Trained in the mysteries of the circus, the latter regularly performs on the stages of countless theatres and music halls around the world without renouncing a circus ring that he sometimes performs in. 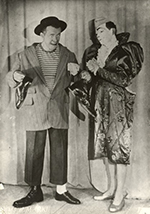 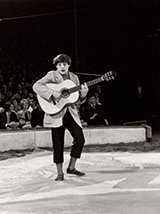 These comings and goings from one world to another are very rewarding and a Swiss circus took the risk, as early as the 1970s, of inviting artists from the stage to its tent to be part of its programmes. Circus Knie offers Dimitri, Emil, Alfredo, Ursus and Nadeshkin, Gardi Hutter, the Peutche or Marie-Thérèse Porchet, alias Joseph Gorgoni, the opportunity to measure themselves during a tour in a new and exciting performance area. The silhouettes and characters are often at the opposite end of the spectrum, trained mimes and actors, but they manage to combine their respective registers with the performance codes of a very particular universe. Dimitri dares to get involved with a cow or an elephant when Marie-Thérèse Porchet joins in a revisited version of the Auguste revival. In the audience, constantly stumbling on an imaginary carpet, never hesitating to rub up against sawdust or to cling to the men on the gate, this colourful figure of the Swiss cabaret shows unsuspected resources to win over all audiences. 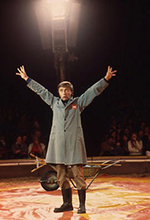 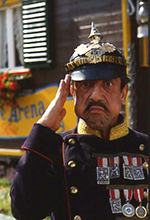 Like her, like Alfredo and the cheeky Adrénaline, from Quebec, Ursus and Nadeshkin or the Peutche don't hesitate to use words to magnify the comic situations they invent and adapt for the ring. By creating their own repertoire for the occasion, they take a step further while following in the footsteps of artists such as the Macloma or the Colombaïoni, theatre clowns who have successfully ventured into prestigious venues such as Cirque du Soleil or Big Apple Circus. All these artists reflect the tremendous open nature of the gestures and attitudes that enable the clown to be at home... everywhere! 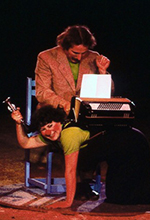 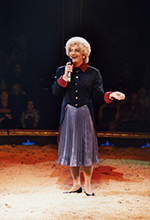 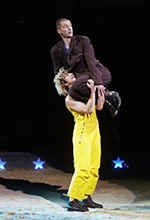