Derived from the term saltimbanco, which itself stems from the old Italian saltare in banco, literally, to jump over trestles, banquine involves jumping and propulsion. Also related to "saut de banquine" or "saut de banquette," the discipline involves one or more flyers being carried and propelled by two or three pushers, who use their hands to create what equates to a "chair" or a basic seat: the "banquette." The flyer stands balanced on the pushers' interlocked hands, and then, having performed one or two jumps he returns to his starting position, lands on the ground, or lands on the "banquette" of another group of pushers.

The "saut de banquette" began as a jump that pushed off from the small mound of earth that forms the edge of the circus ring. This was very quickly transformed into a wooden structure, rather like a circular fence roughly fifty centimetres high, which was painted white and covered in red velvet. The circus rider Aristodemo Frediani describes it as the systematic starting point, which enabled flyers to get themselves off the low circus ring floor, in order to land on their horse's back. The "saut de banquette" is seen as a propulsion method similar to that of rigodon, an old jump form, in which a single pusher would propel the flyer with one of his feet, enabling him to turn a somersault. Rigodon in turn, is similar to petauron, from the Greek petaurista, which implies a supple, gliding, fluid movement linked mainly to rope dancing, and which today identifies a sub-family of flying squirrels able to glide for long distances. The "saut de banquette" is seen as a propulsion method in the same way as petauron and batoude, that is, a "mechanical" thrust favourable to flight, complicated or hindered by one or more jumps that today constitute the elements of a banquine act. 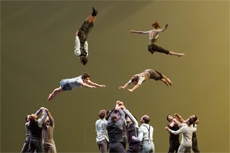 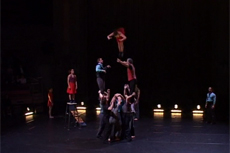 Banquine was originally a combat technique and is mentioned in China in descriptions of acrobatic techniques, stemming from the legendary Battle of the Cors, such as hand-to-hand and wushu, but it arose partly form the practice of human pyramids implemented in the Middle Ages and developed during the Renaissance, mainly in Italy. Banquine is a pure acrobatic form, using neither apparatus nor artifice. It is a spectacular group act based on the synergy of the group, precise take-offs and landings, the skill of the flyers and the strength of the pushers. It is the strength of the latter that determines the height achieved by the flyer and the complexity of his figures. Increasing the number of pushers makes it possible for flyers to move from one group to another, to pass each other in the air, to work in columns, and to compose scenes that combine dynamic and static acrobatics. Banquine is a specialised group act with a leader, or a family act, and can sometimes be similar to floor work, or an acrobatic prelude to a show. 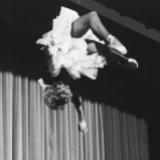 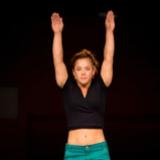 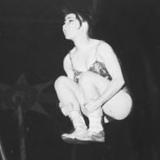 The repertory of jumps, first considered as an acrobatic language aimed at enriching other disciplines, evolved at the end of the 19th century to become a technique in its own right, which led to the founding of specialised groups. Paradoxically, the simplicity of the discipline made it less attractive than other forms with more complicated apparatus, and it was not until the end of the 20th century that banquine collectives such as Atlantis and Zebra, graduates of the Academy of circus arts in Kiev, began to appear regularly, helping to make it popular again. Traditionally, slightly built adolescents and young women, or small, slender adults were chosen as flyers in order to carry out complex figures. A company of eight Ethiopian acrobats with six pushers and two young flyers created an exceptional number in the style of the Guangdong military troop great banquine. This act was the model for the extraordinary final number of the Quidam show, created to evoke reconstruction after the disasters of war, in which the flying figure is read as a metaphor of hope for better times ahead. The absence of artifice makes banquine more flexible in terms of contemporary research, and from the L'Enfant Qui… trio created by the Théâtre d’un Jour company, to the twelve couples of the Grand C created by the XY collective, the discipline has crossed the ultimate barrier, progressing from a collection of figures to a technique capable of inspiring mono-disciplinary creations.