The trampoline is an apparatus made up from a metal frame and a web stretched by springs that serves as a propeller for the flyer helping them complete acrobatic tricks.

Its origins are manifold, both geographically and chronologically. The Inuit and their ancestral traditions imported the Naluqauq (sewn walrus and seal skins equipped with handles to project the player). Arcangelo Tuccaro, in his Three Dialogues in the Art of Jumping and Flying in the Air… at the end of the sixteenth century, mentions the use of a small "trampellin". Later, the blanket game appeared in Western Europe as shown in the famous oil on canvas by Francesco Goya, The Straw Manikin created in 1792 (tapestry cartoon). The first trampolinist identified in the circus would be John Henderson, who performed on a wooden springboard at Pablo's Fanque Circus Royal in 1843. The modern origins of the trampoline were attributed to the German Andreas Wolpert in the 1900s, but it was above all two Americans, George Nissen and Larry Griswold who, in 1936, give it its current form and who enabled its development on two fronts: recreational and sporting.

During the Second World War, the trampoline was adopted by the US Navy's Aeronautical Training Division for pilot training. The main objectives were to improve their spatial orientation and to strengthen their physical condition and thus their effectiveness. Subsequently, astronauts used it to tame the effects of gravity. The Americans George Nissen (1914-2010) and Larry Griswold developed a tool and training method with the aim of democratising the trampoline by introducing it to the academic and sporting environments that were familiar to them: diving and gymnastics, as they were sure it would be of educational interest. The trampoline was introduced to the University of Iowa thanks to a dedicated tumbling class and the first apprenticeship diploma was created in 1937. Investing in the world of show business, George Nissen, who was married to an acrobat, and his two brothers formed the Three Leonardos Troupe and Larry Griswold produced a solo comic act The Diving Fool. Performed for 27 years and much copied1, this rapid succession of flips on the trampoline impressed the public and made it possible to further popularise this spectacular discipline. George Nissen was the first trampolinist to feature equally in music hall, circus and sporting programs. 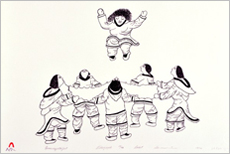 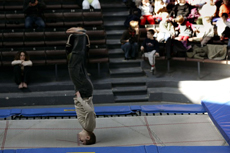 The trampoline arrived later in Europe. In 1964, the first World Championships were held in London. The Englishman Paul Luxon, World Champion in 1972, developed a Part-Method that revolutionised the way of learning complex figures. It is still used today as the basis of acrobatics on the trampoline. In France, Pierre Blois and Michel Rouquette are came together to promote this equipment by bringing it to the heart of all acrobatic sports teaching. 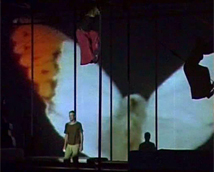 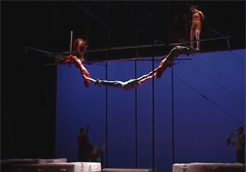 In terms of circus, in the 1970s and 1980s troupes such as Les John's, Les Cristiani or Les Canestrelli distinguished themselves by pairing the trampoline with other equipment. It was introduced to the National Circus Arts Centre (Centre national des arts du cirque) of Châlons-en-Champagne (CNAC) to train flyers from acrobatic disciplines, with the aim of training multi-purpose acrobats who could easily transfer their already-mastered acrobatic skills to other equipment.

Many contemporary circus companies exploit the trampoline's resources through their many creations: circuses such as Plume, Baroque, Archaos, Cirque du Soleil... The Les Kids troupe and their classic act The Blues Brothers, worthy successors of Griswold for their longevity and their participation in several renowned festivals, has been in operation since 1992. 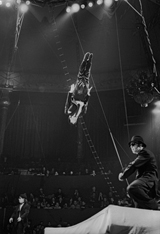 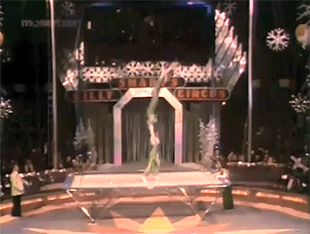 The second half of the 20th century saw the emergence of artists graduating from circus schools from all around the world. The trampoline was now used as a teaching tool for flyers using propulsion equipment or in disciplines that occasionally included aerial phases, but also from an artistic point of view marrying movement, dramaturgy and words. From Mathurin Bolze to the Collective AOC (La Syncope du 7, 2002), these artists questioned the art of bouncing, sharing their respective universes in a poetic way and thereby enriching this discipline. Like the ever-developing trampoline wall in North America, hybrids continue to develop and reflect the constant cross-fertilisation between circus and sport. 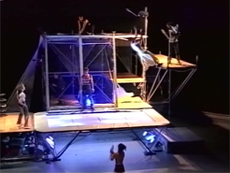 The prospects for the evolution and extension of the discipline seem endless. In amateur and professional circles alike, the trampoline allows us to get closer to mankind’s oldest dream: flying in the sky like the birds. 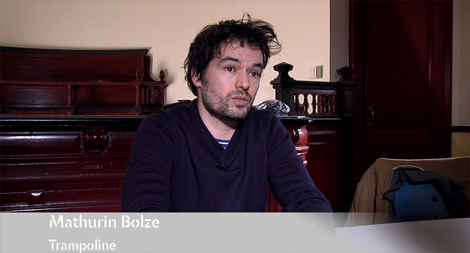 1. Ray Dondy, American flying trapeze artist. Don Martinez (creation of a comical trampoline act in the 1990s) and more recently the Romanian Costin (Constantin Alexander Bellu), Supertalent 2011. The "Chocolat" in the early years of the Italian clown-musician troupe the Rastelli (created in the 1930s) was a comic trampolinist.