When the illusion is performed almost immediately and literally before the eyes of the spectators, the wonder becomes more than ever unbelievable. This complicit proximity is the essential hallmark of close-up, a technique that can be translated as "in close-up" or, more evocatively, by the term of close-up magic. It is an art of dexterity that is practiced in three main ways: making balls disappear and travel, transforming coins or shuffling cards. 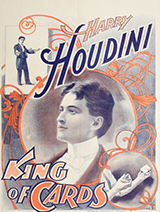 Conjurers and prestidigitators, like those described by the Greek Alciphron in the 2nd century, anchor the practice in the history of societies. Card manipulation has been equated with gambling since the 16th century.

Coins and banknotes are an essential part of daily life and the symbolic echo for the spectator is extremely effective. In referring to the notion of Zauberwirkung, Karl Marx does not hesitate to describe the "magic effect" of money on those who use it. This is probably why the tricks with coins also fascinate the audience. Making gold or silver coins appear responds to the old obsession of alchemists and the magician, by allegorically materialising his dreams of fortune, inevitably resonates with the dreams of the audience.
A combination of astonishment, amazement, and the cultivation of the close proximity of the impossible, the term close-up, became popular at the end of the 1920s, but the genre has existed for two millennia.

The essential thing for the magician is to capture the spectator's imagination in a few seconds, in particular by focusing on small everyday objects that have no magical connotation. The use of spoons, safety pins or rings, for example, makes everyday life a pretext for entertainment. This is what practitioners today refer to as micro magic.
Close-up is a multifaceted discipline that has been offered over the centuries in the street, at the fair, in the physics firm, in the parlour or in the palace. Princes and kings, from Charles V to Rudolph II, like to surround themselves with prestidigitators, sometimes also alchemists. With Giuseppe Pinetti at the end of the 18th century, the discipline spread to the theatre and the cabaret but also, later, to television sets and... the circus. 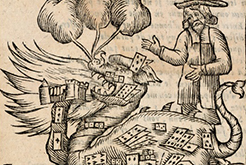 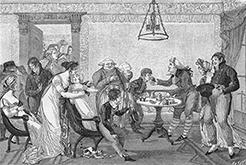