“A man came forward with a three-legged table. On this he placed three little cups, under which he hid some little round white pebbles, such as we find on the bank of a torrent. At one time, he put them separately, one under each cup; at another time he showed them, all together, under one cup; then he made them disappear from the cups, I don’t know how, and showed them, the next moment, in his mouth. After this he swallowed them, called some of the spectators on to the platform, and pulled out of their nose, head, and ears the pebbles which he ended by juggling away altogether”
Letter from Napaeus to Creniades

In this fictional letter, the Greek author Alciphron (2nd-3rd centuries CE) offers us one of the oldest descriptions – the most vivid in any case – of a prestidigitation show and particularly of what is now called close-up: magic tricks with small objects presented by the artist behind a table serving as a miniature stage, and giving pride of place to interaction with the public. The term close-up was only introduced in the United States in the late 1920s, but the type of show it describes had existed for at least two millennia

From the ancient pebble player to the Renaissance cup player 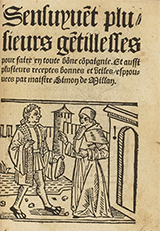 The number of the Greek psephopaiktes – pebble player – and the Roman praestigiator consists in making pebbles appear and disappear under cups in order to entertain the audience in the theatre. The richness of the repertoire is revealed by the first technical treatises devoted to prestidigitation during the Renaissance, in the Arab world and then in Europe. At the end of the 15th century, Luca Pacioli, a Franciscan monk close to Leonardo da Vinci, described arithmetic games inherited from the abacus literature – calculation table – and gave an overview of the prestidigitation tricks performed at that time. Many booklets, the oldest of which date from the first half of the 16th century, combine recipes of all kinds and prestidigitation tricks. They are often translations of Italian texts such as the Gentillesses by Symon de Milan published in Paris around 1530 or the Receptes bonnes & utiles printed in Lyon by Jacques Moderne around 1540, where we discover the whole variety of the repertoire of the prestidigitators, which is not limited to the traditional game.

However, as Reginald Scot states in his Discoverie of Witchcraft (1584) chapter on prestidigitation, this art of dexterity "is exercised mainly in three ways. The first, fundamental, consists in making balls disappear and travel, the second in transforming coins, the third in shuffling the cards. "To the inevitable game of cups, Scot added coin and card tricks to describe the heart of the Renaissance close-up repertoire and acknowledged his debt to a French prestidigitator named Cautares – otherwise unknown – who was practising in London at the time. In his Première Partie des subtiles et plaisantes inventions (1584), which was entirely devoted to prestidigitation, the mysterious J. Prevost paradoxically seems to have missed the essential part of the repertoire of prestidigitators of the time by omitting both cup and card tricks. In fewer pages, Scot seems to offer a better reflection of the reality of the close-up repertoire of the time. 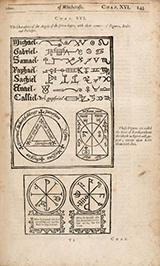 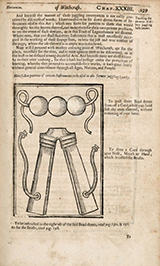 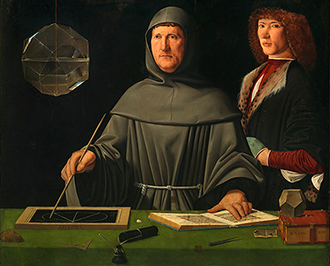 From the street to the prince's court, the first close-up celebrities 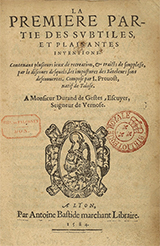 The iconography of the conjurers, from the Renaissance to the 19th century, is both rich with several thousand works, the most famous of which is L'Escamoteur by Bosch, and not very diverse. It reflects the image of a discipline practiced by cup players, from the proverbial Maître Gonin of the time of François I up to André Miette (around 1778-1846), a great figure of the Parisian cobblestones from the early 19th century. These street artists are most often depicted outdoors, standing behind a folding table as a stage for their props and surrounded by a satchel that serves as a backdrop to their conjuror set.

Yet, this polymorphic discipline adapts to all places, from the street to the fair, from the physics firm to the theatre, from the bourgeoisie's parlour to the prince's palace. The discipline emerges from anonymity thanks to an abundant documentation on outstanding artists attached to the court of the great rulers of Renaissance Europe. This is how it depicts Juan Dalmau, a Catalan prestidigitator alongside Charles V and then Francis I; Abramo Colorni, a Jewish engineer attached to the court of Ferrara; and Girolamo Scotto, a prestidigitator and alchemist at the court of Rudolph II in Prague. These court artists present their tricks in small groups. They transform playing cards at will, making them emerge from the game or from unlikely places.
Two centuries later, at a time when the discipline was taking over the theatre stages thanks to artists such as Giuseppe Pinetti, a luxurious engraving entitled Le Fameux Romain, published in the last quarter of the 18th century, offered a showcase for those who were then called "physicists". Around a central stage of parlour magic, twenty vignettes accompanied by legends detail each of the tricks performed by the artist behind a table, with the participation of the spectators, in real close-up conditions. 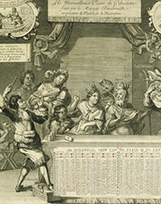 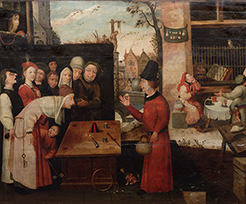 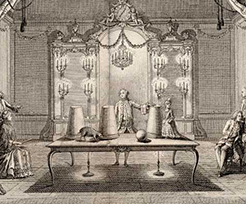 Literary milestones in the evolution of close-up 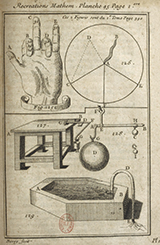 The successive specialised treatises testify to the evolution and progressive enrichment of the close-up repertoire, contradicting the iconography attached to the traditional attributes – wand, balls and cups. In the Anglo-Saxon world, Reginald Scot's chapter of 1584 left a lasting impression on specialised English literature for two centuries. 17th century authors such as Samuel Rid or Hocus Pocus Junior, 18th century authors such as Henry Dean, by extracting this chapter and amplifying it into a standalone book, cut it off from its original meaning as an argument against the existence of supernatural phenomena. But, paradoxically, they also bring to light until the end of the Enlightenment the secrets that Scot had originally shared with the public.

The most vivid testimony of the close-up repertoire in French can be found in a mid-seventeenth century manuscript, La Magie du Pont-Neuf. A rich literature of "recreations", at the crossroads between arithmetic problems, physics experiments and prestidigitation tricks, is developing in Grand Siècle France, following the example of the books of Claude-Gaspard Bachet (1612) and Jean Leurechon (1624). Les Récréations mathématiques et physiques by Jacques Ozanam (1640-1718), mathematician and prolific author, contains, from its first edition of 1694, some mathematical divination tricks with maps and cards, completed in the posthumous edition of 1723 by a chapter on "game tricks", solidly documented and illustrated. These posthumous additions to Ozanam's work are immediately attributed to Martin Grandin, professor of philosophy in Paris. This chapter, by describing the entire close-up repertoire of conjurers of the first half of the 18th century, has long established itself as the reference in this field. 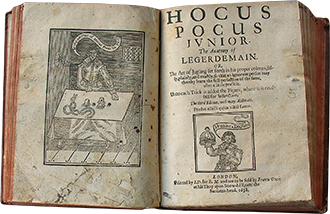 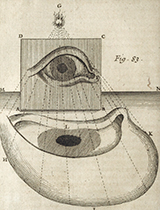 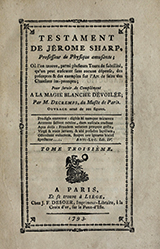 While the classic cups game has never ceased to evoke variations over the centuries, it is undoubtedly card magic that has seen the greatest developments in the close-up field. Less than ten years after Scot's book was published, Horatio Galasso's Italian libretto Giochi di carte bellissimi di regola e di memoria (1593) had an important influence on the treatises of the following two centuries before the Testament de Jérôme Sharp (1786) by the lawyer Henri Decremps supplanted it by the modernity and precision of its technical descriptions.
Since the Renaissance, card magic has also been deeply influenced by the elements borrowed from the world of gambling cheats, whose technical perfection has fascinated magicians. Thus, the immediate adoption of the jumping cut, which consists, through an invisible manoeuvre, in cancelling the cutting of the deck made by another player. It was first described for the first time in detail in the middle of the Enlightenment in the literature on cheating and immediately included in the literature on prestidigitation. Card magic in the 19th century was embodied by some great leading figures such as Johann Nepomuk Hofzinser (1806-1875). This Viennese magician is not only the inventor of important techniques but also of many magic "themes" or families of effects that will never stop being explored during the following century. In France, Pierre Moreau's (1849-1890) card talent is truly legendary among his compatriots.

Dai Vernon (1894-1992), champion of the New York school, who gave a new lease of life to close-up in the 1920s in general and to card magic in particular, claimed the dual heritage of Hofzinser and S. W. Erdnase2 the alias of a cheat whose identity is still being debated – author of Artifice, Ruse and Subterfuge at the Card Table (1902), a kind of bible of card magic that prestidigitators have never stopped glossing over the course of the century.
At the dawn of the 20th century, the relative importance of card magic and its infinite combinations in the discipline was such that John Northern Hilliard devoted more than half of his encyclopaedic book Greater Magic3 (1938) to card tricks alone, with the rest of the repertoire being reduced to the second part, from coin tricks to great illusions.