Within the close-up, next to the card and coin magic, lies the uncertain field of micro magic. Among the micro magic objects, we can identify old, worn or usual objects and objects specifically manufactured by professionals.

Sugar cubes are instantly teleported from one hand of the operator to the other. Two corks miraculously pass through each other. Spoons bend. Elastic bands clasp. Towels disappear. The glass covered coin passes through the table... unless it is the glass itself that passes through it! The micro magic expert mobilises all the resources of his art to make everyday life a spectacle. The great classics of magic are revisited in miniature form. Thus, the famous Chinese ring trick is presented in a simplified version with safety pins that mysteriously open up and close in on each other. Albert Goshman (1920-1991) offers the public a variant of the cup trick with a salt and pepper shaker that make coins appear. Newly created, foam balls become in a few years a traditional prop in the close-up magician's toolbox. 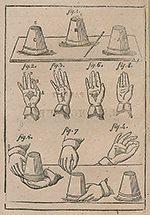 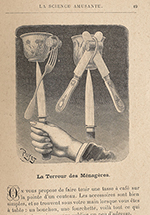 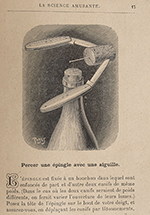 During the second half of the 20th century, in addition to the manufacturers of large parlour magic accessories, illusionists such as Goshman devoted themselves to the design and manufacture of objects specially designed for micro magic. The Dutchman Eddy Taytelbaum (1925-) designed various boxes, paddles, handling shells, dominoes and dice. Its handcrafted pieces made of coloured plastic in a Japanese style are now in demand as collector's items. Contemporary craftsmen and designers François Danis in France or Alan Warner (1935-) in England prefer wood to produce works of art manufactured with Egyptian or Chinese symbols. All these accessories with their subtle tricks reveal treasures of ingenuity. 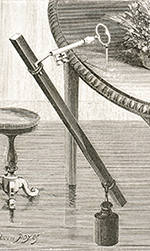 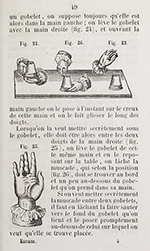 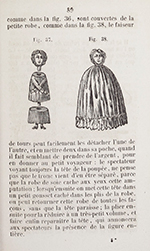 Praised by volunteer artists or hospital staff, micro magic is used in hospitals and in some activity programs for children and their families. Small impromptu effects made with instruments from the medical universe that have become magical are used to de-dramatise suffering and difficult treatments. From a therapeutic perspective, training in micro magic can help to compensate for a handicap or access knowledge and recognition through work on skill, motor coordination, spatialisation and the ability to exchange. The key notion of diversion of attention, or misdirection, then takes on a completely different, profound meaning, since it no longer simply diverts from a possible trick but from anguish or suffering.

An experienced illusionist manages to animate small objects without any physical contact. Like Renaissance magicians, the artist makes small balls move, run or jump in an incomprehensible way. Placed on a table, in a cup or directly in the hand of a spectator, the nutmegs seem to be driven by a mysterious force. Then there is only one step left to take to overcome earthly gravity and provoke a form of discreet, almost intimate levitation. Usually a ball, a crumpled banknote rises in the hands of the close-up magician. The Norwegian Finn Jon (1939-), a master in this art, makes soap bubbles float. The English magician Derren Brown (1971-) prefers to borrow a ring, with a strong emotional connection, rather than use an impersonal object such as a banknote. By reactivating a pleasant memory linked to the ring, he creates a real tension around it that gradually translates into its animation and levitation. 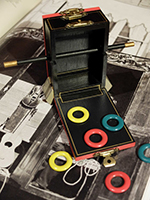 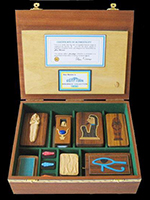 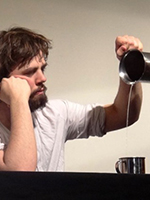