Initially linked to the sacred and the power game, great illusions have been part of human history for several millennia. Associated with the development of theatrical machinery, they developed widely in the 19th century, multiplying their effects and integrating ever more sets, extras and animals into their implementation and production. 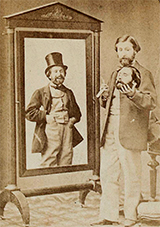 Alongside the wonderful and the surprising, magicians also combine fear, terror and, fortunately, a certain form of poetry. Robert-Houdin is the precursor of modern magic and he makes the whole of Paris run wild to attend his Soirées Fantastiques ("Fantastic Evenings"). This notion of a complete show will inspire the creativity of many illusionists who are keen to offer a wide variety of tricks to their audience. Kellar, Leroy, Thurston, Carter, Carmo, Bénévol, Houdini, Penn and Teller, Siegfried and Roy, Copperfield, among many others, mark the time of great illusion and elevate magic to the level of popular entertainment. Television also offers a new territory to explore for magicians who see the possibility of a second creative breath.

Some contemporary magicians draw inspiration from street magic while others see it as an opportunity to play with new technologies to create beautiful effects from multiple screens, initiating an ever-surprising digital magic. The artistic movement of new magic induces another dimension and develops new narrative processes where illusion is at the service of the content. Thus, Cie 14:20 designs powerful shows such as Vibrations or Wade in the Water, emblematic of a hierarchy of techniques that can define another relationship to magic. It also contributes to increasing the viewer's perception in theatrical or lyrical creations such as Goethe's Faust, on the stage of the Théâtre du Vieux Colombier in 2018 or Carl Maria Weber's Der Freischütz on the stage of the Théâtre de Caen in 2019. 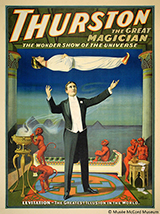 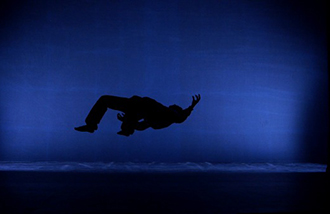 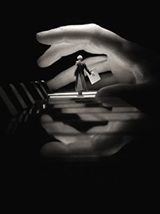