The screams of children, and some adults, echo throughout the corridors of the Haunted House, an attraction inaugurated in 1969 in the park created in Anaheim by Walt Disney nearly fifteen years earlier. Since then, this attraction, loosely inspired by an animated film made in 1929 by the brilliant illustrator, has been replicated in each of the theme parks successively inaugurated in the United States, Europe and Asia. Designed as a ten-minute tour, the visit to this "house" begins with the stretching-room, an octagonal room that stretches out and is in reality only a lift to physically and metaphorically plunge the audience into a magical and uncertain atmosphere. Several processes and techniques inherited from 19th century illusionists are used throughout the various stages of the attraction, including the use of Pepper's Ghost and numerous effects based on variations in light intensity. Evanescent forms, phantoms and ghosts frighten as much as they amuse, but this "recycling" suggests above all an integration of illusion in a wider dramatic perspective: 2500 people per hour can be frightened and have fun in the heart of this Haunted House...

The great illusions, but perhaps it is more accurate to refer to the great illusion as a generic and specific form, have undergone remarkable changes throughout the 20th century. One of the decisive characteristics of this evolution, especially in terms of presentation, is the speed of execution. The hieratic dimension that has marked the time and rhythm of the great illusions for more than a century has undoubtedly encouraged by default the emergence of a more dynamic form of presentation. This is the case, for example, with magicians such as Siegfried and Roy, David Copperfield or Peter Marvey who prefer a form of urgency when it comes to designing and shaping their tricks. This energy is in harmony with the highly structured register of the number, a structure written according to a succession of effects quickly sequenced as independent sequences and assembled according to a subtle progression. The development of new technologies has contributed to the creation of new tricks, inspired by the daily life of the spectators. The disappearance of a railway wagon executed under the eyes of a stunned audience is part of this integration into a process of great illusion created by a direct element of the modern world. But the most important thing in this case is the context in which this trick is performed, far from a theatre or a place considered to be developed for this type of work. David Copperfield explores new territories and is accomplished in a way that is both tailor-made and exceptional. The Flying illusion, for which he acquired the rights from magic effects designer John Gaughan and which he then continued to develop into an exceptional attraction, is a good example of a very contemporary, spectacular magic, but which the fluidity of execution makes very modern both in its implementation and in its public perception. 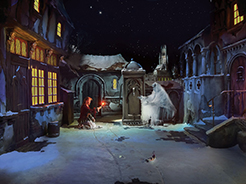 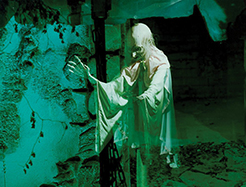 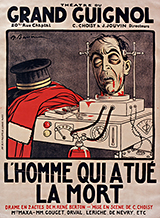 Other illusionists will strive to decompartmentalise the practice of the great illusion, but magic has already largely penetrated the field of the complete show by subtly inserting spectacular effects into a pre-established narrative framework, whether it is an ex-nihilo creation or a classical libretto. Kà, directed by Robert Lepage for Cirque du Soleil, pays a spectacular tribute to Méliès by revitalising a few tricks borrowed from the imagination of the magician filmmaker. But when the audience was amazed in the 1920s with the Belgian Servais Le Roy, who made a piano and its pianist fly and disappear, the 21st century audience applauded the take-off and rotation of a 400-ton stage, a formidable technical feat in the service of a narrative enriched by multiple illusions where technology and simplicity merge in a very effective and poignant way. This interplay of forms and means marks the mutation of the great illusion and stigmatises its importance in the elaboration and production of shows. With the creation of Harry Potter and the Cursed Child on the stage of London's Palace Theatre in 2016, a new milestone is reached as magic becomes the very heart of the performance and asserts itself as both the driving force and the very essence of the illusions that constitute the framework and spirit of the work. The three-dimensional nature of the show further strengthens the power of a stage magic that matches the story and makes the reality of the characters imagined by J. K. Rowling all the more compelling. 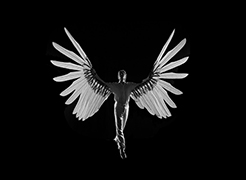 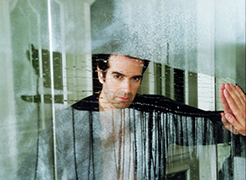 In some cases, the effects are no longer the central pretext for the performance, but an element of writing. Blood mist and apparitions instilled in the development of Oktober, a show staged by Florent Bergal with the complicity of Raphael Navarro as an external look at the integration of magic, disturb the viewer's perception and affirm the strangeness of a purpose that is both theatrical and magical. Faust, designed and directed by Valentine Losseau and Raphaël Navarro for the Comédie Française on the stage of the Théâtre du Vieux Colombier, is a fine example. The illusion fuels Goethe's work and compels the actors to reveal themselves as magicians: from one scene to the next, effects and apparitions increasingly anchor the text in an almost parallel dimension and give it a palpable tension. The integration of magic is also very subtle in the staging of Der Freischütz by Clément Debailleul and Raphaël Navarro: Carl Maria Von Weber's work resonates in an almost supernatural way and the magic blossoms in perfect harmony with the romantic colours of the composer's score. Created in March 2019 on the stage of the Théâtre de Caen, this "magical opera" symbolises the infinite possibilities of an illusion that can enrich and amaze new theatrical practices. This is the first time that a magician has staged a work from the great operatic repertoire and modelled it according to his or her unique perspective while enhancing his or her specific integrity as a classical opera. All the codes are respected, but the subtlety of the effects makes the work resoundingly contemporary. 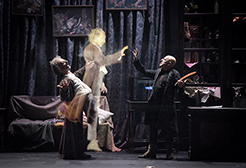 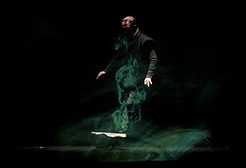 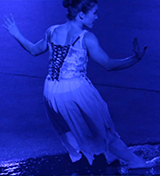 With Le Soir des monstres and Les Limbes, Etienne Saglio bases the meaning of his shows on the emergence of magic, both flesh and soul of his creations. The subtlety and finesse of the magical moments is remarkable and contributes to changing the viewer's perception by inciting him to constantly question both what he feels and what he perceives. Such lightness does not preclude a style of writing that is as sharp as it can be humorous. The creations of Cie 14:20, like Wade in the Water, are emblematic of a hierarchy of techniques that can define another relationship to magic.

Created in 2015 in Brussels to celebrate the 150th anniversary of the founding of the Belgian company Solvay, the show Odyseo offered its designers, notably Cie 14:20, "natural" pretexts to integrate magical sequences and thus create subtle intuitive bridges between the material and the forms it can generate.

Regardless of the approaches it takes to reach perfection, the great illusion is perhaps the translation of an obsession, the spectacular embodiment of a challenge that can sometimes prove fatal, even if it is a symbolic disappearance. The codes of performance and the immediate sense of the magic act have evolved considerably and the dramatisation of the gesture no longer obeys the same imperatives. Considered as the Theatre of Fear & Horror, the Grand-Guignol created by Oscar Méténier in 1897 is a melting pot of effects designed to frighten its audience by integrating illusions into a very simple but carefully graduated narrative framework. Terrifying people, as with the many beheadings performed by Bénévol and his heirs, is no longer the stated objective, even if the dramatic tension is never totally absent from the tricks performed by contemporary magicians. 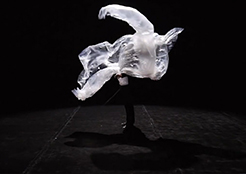 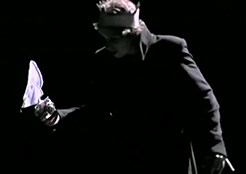 The Illusionists show, presented by an evolving group of eight magicians with very different techniques and styles, offers a wide synthesis of practices, with card manipulations, escapology and a few spectacular tricks reinterpreted in a very efficient way. Screen magic, levitation, appearances and disappearances, presented on large stages with lighting and sound effects, a multitude of accessories and a multitude of partners, challenge the code of the star magician, traditionally considered as the only person in the lead role. This shift may be a first manifestation of the desacralisation of the gesture and the magic figure.

During the 2017 presidential elections, the French politician Jean-Luc Mélenchon took advantage of an old technique of illusion - the Pepper's ghost - while copying the Indian politician Narendra Modi1, to offer himself the gift of ubiquity and appear simultaneously in several public meetings in different French cities. By multiplying himself, he transcended his character and reconnected with a magic that had long been considered an artifice of power. Illusion has thus slipped into a new space in the social sphere, acquiring another form of new and formidable modernity. 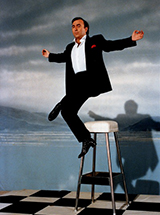 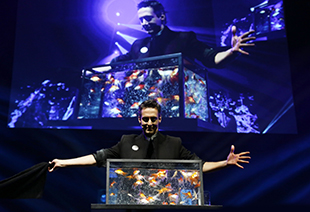 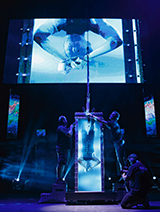 1.  Candidate of the Bharatiya Janata Party, Narendra Modi (1950-) won the elections in 2014 and has since assumed the responsibilities of Prime Minister of India.