Companion of labour and combat, the horse also enters the world of entertainment by participating in processional ceremonies and parades that sanctify victory. The shift between these presentations and a more academic vision of its use underlies the notions of dressage, learning or education, adapted to very different needs and challenges. Gradually, the horse becomes a partner and contributes to the development of new artistic forms. 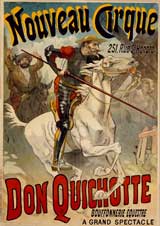 Quadrilles, tournaments and pageants regularly involve many horses, but they are above all a magnificent prelude to the creation and development of the pantomimes that became essential at the end of the 18th century. The pieces of the riding arena are recurrent in the Astley Amphitheatre ring as well as in those to come. When Philip Astley created the modern circus in 1768, he developed it on the basis of a trained horse, a docile and omnipresent creature, conducive to the establishment of a repertoire that is both equestrian and theatrical. The codes of performance were established in a few decades, with a focus on narrative and ornamentation. Exuberant transcriptions of military victories, whether historicising or exotic, pantomimes are a fertile playground for the imaginary minds of librettists and theatre directors. However, they gradually disappeared during the 20th century with a few rare exceptions.
Alongside the vogue for large-scale shows, the haute école horsewomen are considered as real stars and perform all over Europe. These presentations are an elegant way of inserting academism into the structure of the show and giving it a unique character.
From 1882 onwards, the Buffalo Bill Wild West Show embodied a beautiful alternative to classic pantomimes and maintained a form of epic tradition that had been slightly lost in the course of the circus' transformations. The creation of themed shows, as composed by Alexis Grüss, is in line with the sketches developed by the riders since the 19th century. Contemporary perception, represented by the Théâtre du Centaure, the Théâtre Équestre Zingaro or the Baro d'Evel Cirk company, focuses on overcoming the need for dressage by using dressage, creating a new dimension in the exchange between the horse and the squire. 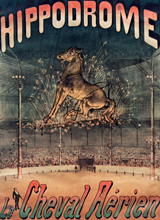 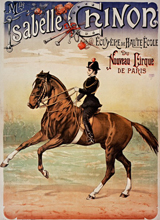 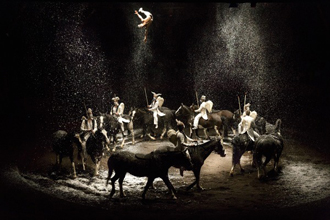