The end of an era

On the 21st of May 2017, Ringling Bros. and Barnum & Bailey, the Greatest Show on Earth, has closed its doors permanently after 146 seasons and several tens of thousands of performances for hundreds of millions of spectators. 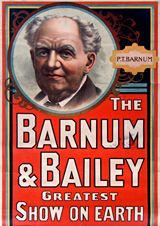 The company, symbol of the American circus, is the result of three mergers carried out between the early 1870s and 1918. After Phineas Taylor Barnum joined forces with James Anthony Bailey, it was the Ringling brothers (John, Henry, Al, Alf and Otto) who finalised the ultimate association to found a giant circus known as The Big Show or, more familiarly, The Big Bertha, after the famous German artillery cannon used in France during World War One.
Transported from one end of the continent to the other on four special trains, the 1,500 people in the troupe and the 1,000 animals in the menagerie splendidly embodied a circus that was both excessive and generous, and John Ringling North, one of John Ringling's nephews, who died in 1936, took over the company's responsibilities in 1938, introducing new and modern elements to it. In 1942, he called on the choreographer Georges Balanchine for an original presentation of the elephant act based on an exceptional composition by Igor Stravinsky. In 1951, he opened the doors of his itinerant empire to filmmaker Cecil B. DeMille for the film Sous le plus grand chapiteau du monde (The Greatest Show on Earth), a prodigious fresco that would be awarded two Oscars and two Golden Globes. In 1953, he invited the writer Ernest Hemingway to write the texts for the programme. 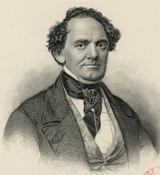 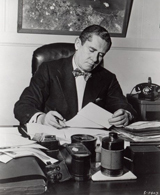 Three years later, defeated by repeated social conflicts, John Ringling North summoned the press to Pittsburgh in the middle of the tour and dropped his bombshell: he announced the definitive end of the big top, considered a thing of the past, and closed the season on the 6th of July 1956. Ringling Bros. and Barnum & Bailey will never perform under a tent again.
The circus returned the following year and performed in the arenas, those gigantic, very comfortable halls that were beginning to appear throughout the land. The tour is organized by Irvin Feld, the early promoter of singer Elvis Presley and an astute producer, who is developing a powerful network for the future stages of the Greatest Show on Earth. He mastered his subject so well that in 1967, after a historic signature on the sand of the Colosseum in Rome, he became the owner of the mythical brand. He immediately hired Gunther Gebel Williams, a young, slightly clumsy German trainer, and turned him into a star, and created a second troupe, identical in every respect to the first one, to be able to visit the whole of the United States. The Red Unit and The Blue Unit always travel by train, but they "only" have 300 people to provide logistics and entertainment from one city to another. The economic model is flourishing, and the two circuses attract an average of eleven million spectators each year. Since the 2008 crisis, the creation, but also operational and operating costs, linked to a reduction in family spending, the company's main audience, have weakened the entire system and inexorably led to the cessation of activities.

Kenneth Feld, the current owner of these two units, will therefore put an end to nearly 150 years of a singular history, intimately linked to the history of America and to the history of a whole people who will undoubtedly remember with nostalgia these whirlwinds of colours and music, as a glittering reflection of a popular heritage. 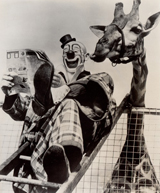 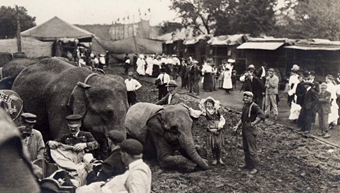