The clown is linked to the circus where clown comedy and its repertoire of comic " entrées " and " reprises " flourished and were structured in the 19th and 20th centuries. Nevertheless, its presence extends far beyond these limits and since their emergence in Elizabethan theatre to the present day, clowns, outside the circus, have occupied and inspired the stage, screens, literature, the visual arts and music. The artistic sphere is not the only one concerned: care, training, education, media, commerce, there are very few areas that are beyond their reach. 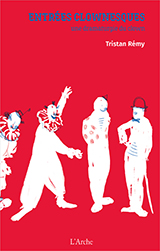 Clowns are comfortable with the plural. There is not one single clown, but multiple crafts and forms. Practicing the art of clowning requires a multidisciplinary and adaptable approach, skills that allow practitioners to move from one scene and register to another, and to those they inspire, all possible transpositions in their creations.
Elizabethan clowns are at the origin of a theatrical literature that is still alive, whether they have been actors of the texts written for them or whether the playwrights have been inspired by their improvisations. After the closure of Elizabethan theatres in the 17th century, it was on the stages of the 18th century English Pantomime that the Clown rubbed shoulders with Harlequin, Columbine, Pantaloon and the other characters in this entertainment still popular in England today in the Christmas Pantomimes. Joey Grimaldi is the hero. Away from the circus circuit, where he contributed to the worldwide success of the genre, the clown was then welcomed at the cabaret and music hall until the dawn of the 20th century, when the avant-garde theatre made him an icon of its modernity. Guillaume Apollinaire, André Breton, Firmin Gémier or Jacques Copeau in France, who observe the Fratellini, Vsevolod Meyerhold in the Soviet Union, who directs Vitali Lazarenko, consider him as the perfect actor capable of renewing acting and directing through his physical and transgressive capacities. 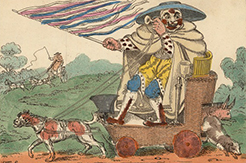 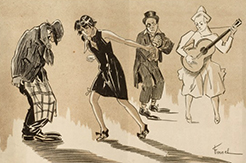 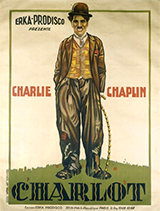 The global development of the clown's cinematographic figure is driven by the industrial boom of the film industry during the First World War in North America, which was far from the battlefield. This period and the following ones are preceded by a little-known French episode in the history of the first film comedians such as Dandy or Onésime. Charlie Chaplin, Roscoe Arbuckle, Stan Laurel, Buster Keaton and all the aces of English pantomime or burlesque acrobatics transfer the canvas of vaudeville and clown comedy to the screen to create a new, dematerialised, cinematographic clown. Replaced in real life by fiction, which opens the doors of discourse and frees his imagination, the clown finds a wider scope. Social in Chaplin, metaphysical in Keaton, tragic in Bergman, tender in Etaix and even frightening in Tommy Lee Wallace's It, the clown becomes a film character or the central subject of films as in Sjöström, Chaplin or Fellini.

The shift from the fundamentals of clownish acting and composition to the stages of theatre, music hall and the many spaces occupied today by the entertainment industry (cinema, radio, television, variety, Internet) has led to an expansion of the professional meaning of the word clown. The circus is no longer the sole repository of skills, but the comic talent of artists who thus renew their relationship with etymology: a clown, or a clowness - since there are now many women - the one who makes people laugh, whether they are in the ring or elsewhere. Always adapting to the spaces conducive to their development, it is on television (Frico, Mr Bean, Marie-Thérèse Porchet), radio (Coluche) or on the Internet that they are flourishing today. 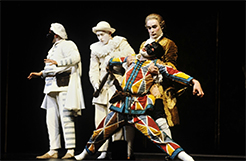 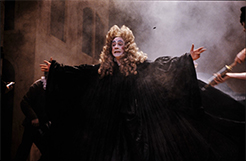