The long secularisation of the magic show is accompanied by original stories and a compartmentalisation between practices, from "close magic" - or close-up - to those of stage magic and the great illusions. 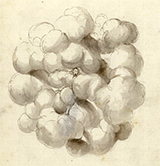 At a time when Alciphron (2nd-3rd centuries) described the effects of " pebble players ", Heron of Alexandria described in Les Pneumatiques scientific applications for opening doors in a mysterious way, setting platforms in motion, animating or making statues sing.
In theatre, the machinery makes it possible to achieve effects of change of scenery on sight, thanks to the Periaktos described by Sophocles or to bring down deities from the sky by the Deus Ex Machina installations. These architectural and scenic installations launch the long tradition of flights called voleries, glories, suspensions or flying men and transformations, metamorphoses or metempsychoses that link the history of the theatre and magic art. 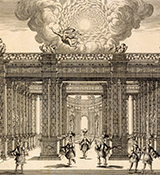 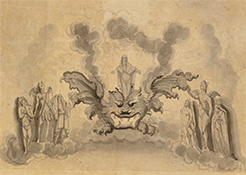 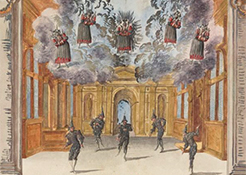 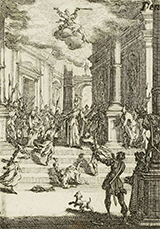 In the Middle Ages, alongside the open-air conjurer, theatrical performances used spectacular new techniques, particularly during the Mysteries. In the Tiers-Livre François Rabelais wrote in 1546 the Mystère de la Passion: "He who played Saint-Michel went down through the volery; the devils emerged from hell". The apparition of Christ, his elevation to Heaven, the beheading of Saint John the Baptist, the walk on water of Saint Peter or the cremation of the innocent are all effects supervised by the "master of secrets" or the "master of tricks". In addition to the extension of the Deus Ex Machina, the stages make it possible to exploit the underside of the stage. Traps operated by the operator [of secrets] or the person performing the trick reveal dragons and other devils. Used indirectly, they facilitate transformations in a way that is not generally known by the public. "Two tigers must secretly hide underground and instead of them two sheep must come out (VI-19)", says L’Extraict des fainctes qu’il conviendra faire pour le Mystère des actes des Apôtres. During torture scenes, other tricks exploit mannequins and fake blood bags. All these effects are intended to bring to the viewer's attention the most important moments in the lives of the saints. 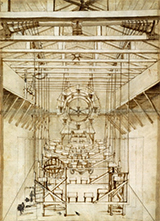 During the Renaissance, perspective reached the theatrical scene, its implementation created new effects of realism, so that the vanishing lines of the sets gradually coincided with the horizon of the backdrop. In 1637, the Italian Nicola Sabbatini published La Pratique pour fabriquer des scènes et des machines dans le théâtre. He describes levitations whose means remain mysterious. Until then, in the Mysteries, the cables, pulleys and other cranes were visible and audible. When the theatre dissociates itself from the religious, the tricks are rethought according to a logic of illusion. The machinists move the supports in the spectator's line of vision, conceal the ropes, blur the noises and the processes become mysterious.

This move goes hand in hand with the adoption of Italian know-how. In 1645, Cardinal Mazarin hired Giacomo Torelli, nicknamed the Great Wizard, to build the machine room at the Tuileries Palace. A modest performance space, its design facilitates technical implementation: 46 m deep, 13 m gridiron, 5 m pit. Hidden from public view, these provisions make it possible to accommodate entertainment machines. The Comédie-Italienne, the Opéra or the Comédie-Française use sophisticated theatrical machinery to serve a wonderful stage. 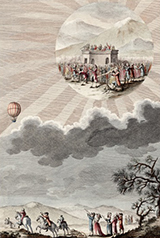 In the 18th century, Paris was the capital of science, with many demonstrations presenting discoveries such as magnetism, the effects of the current on the body, the incompressibility of water and sound or light experiments, all in a playful way. These shows follow the movement started by the scientists who invented the concept of amusing science. In 1584, J. Prévost published La Première Partie des subtiles et plaisantes inventions  to " pull the onlooker away from ignorance... and show him how these supposed enchanters have so far held him miserably ensnared ". At the end of the 18th century, Jacques Charles was the first to fly a hydrogen ballon, updating the theatre's flights with science.

If mathematical experiments require modest accessories, the physics experiments updated by Abbot Nollet call for a heavier investment. To horrify or shock a spectator, two very popular experiences, the physicist needs electrical machines that are sometimes imposing. The respectability of these science peddlers lies in their erudition but also in their appearance: the operator must have beautiful devices, "the varnish adding a touch of elegance to them", says Abbé Nollet. Former conjurers acquired the title of physicist for themselves at that time and combined scientific experiments with skilful deception. Some, such as Comus and Rabiqueau, opened physics firms in Paris and acquired a reputation as a scientist. 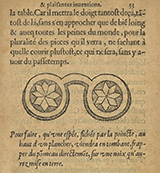 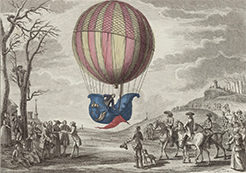 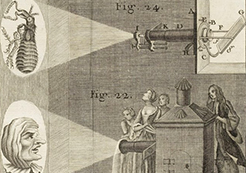 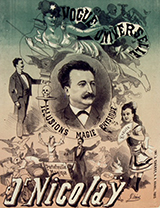 From the transitional period of the amusing physics firms of the second half of the 18th century, 19th century artists inherited a certain respectability. This change goes hand in hand with the adoption of the term "prestidigitator". Magicians can then open theatres and develop their effects in dedicated performance spaces: Olivier, Comte, Philippe, Robert-Houdin or Robin. This sedentary framework makes it possible to refine the narratives, to permanently integrate the tricks into the indoor installations. Great illusions such as the disappearance of a child under a cup or the ethereal suspension, take place on furniture elements (tables, carpets, benches) that seem ordinary.

At the end of the 19th century, the aesthetics of magic theatres evolved in two distinct directions. On the one hand, under the impetus of the English Georges Alfred Cooke and John Nevil Maskelyne (1839-1917) at the Egyptian Hall in London, the great illusions gradually integrated storylines into the narrative. Initially, this theatricalised form is anchored in a demystifying process. To combat the spiritualist demonstrations presented by the Davenport brothers in Europe and discredit them, Cooke and Maskelyne demonstrate to the public that they can repeat their experiences of escaping from a large cabinet without help from the spirits. By integrating a regular performance venue, the Egyptian-Hall, the two artists will seek to regenerate the interest of the spectators, gradually adding other effects with this large piece of furniture. They also change the demystifying aim of the show by developing narrative contexts, interpreting strong roles, dressing up... Rethought, this large cabinet becomes a scenery element, a chest, a prison or a spiritualist medium's accessory. The magic plays borrow from popular theatre to enhance the spectacular effects already known to the audience. 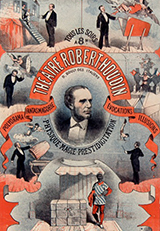 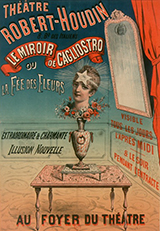 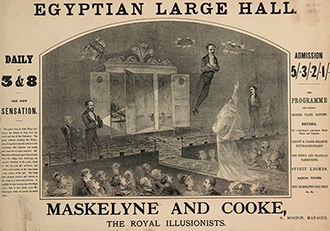 There is another trend towards a purist approach, related to the generalisation of the term illusionism introduced in France by the Lyon native Joseph Buatier. In 1886, Jules Lemaître described the effects as "simplified, reduced to the essential [...] more naked [...] and therefore more surprising". The stage is emptying, the installations seem minimalist. This period marks a return to what Jim Steinmeyer called optical magic, based on the application of optical illusions extended to the entire playing area. The tricks or special effects are no longer concealed, they become imperceptible. The principles of optical magic exploit the limits of light perception (black theatre), the indistinguishability of an image and its reflection (mirrors), the separating power of the eye (ropes)…

The beginnings of the music hall

The development of the music hall in the first quarter of the 20th century had a decisive influence on the magic forms. Music hall is based on the rapid sequencing of short numbers. It focuses on shock and surprise. Some magicians adapt to the constraints of assembly and disassembly and design today's familiar "boxes", including the emblematic one of the woman cut in half. These colourful boxes mounted on wheels make it possible to control both the bodies of the partners who enter them and the vision of the spectators. The meticulous adjustments of optical magic are integrated into the devices. No more rehearsals on stage to position the assistants or studies of the spectator's field of vision!
On the other hand, other artists will refuse the aesthetics of the " number in a box " by forming a troupe like the Frenchman of Italian origin Bénévol, the Americans Howard Thurston, Horace Goldin, the Great Carmo or the German Kalanag. 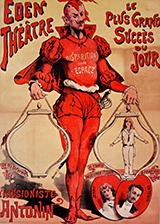 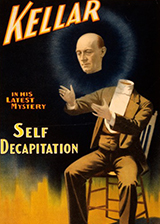 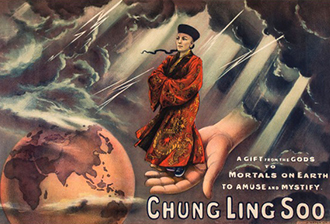