The term levitation, from the Latin levitas, lightness, was coined in England in the last quarter of the 19th century to designate any form of object suspension in the air. An engraving published in 1823 in the luxury edition of John Gantz's Descriptive Letterpresse to the Indian Microcosm de John Gantz, shows Shesshal, brahmin of Cuddapah, performing a levitation: this "exotic" context is not insignificant and will influence many magicians both in their tricks and in terms of appearance1.

The attraction fascinates and inspires many variants, the most contemporary of which reinforce the feeling of floating in the air between the sky and the Earth. This notion of the suspended body has been questioned for thousands of years and is notably mentioned in Maharishi Patañjali's Yoga-Sutra established between 200 and 500 CE2. In the third chapter, one of the eight major siddhis is to "become as light as a feather". This idea of "abandoning" all physical gravity to be able to rise above the ground also runs through Paul Auster's novel Vertigo, published in 1994.

The discovery of the anaesthetic properties of ether inspired Robert Houdin to create his own levitation, which he naturally called an ethereal suspension, created with his young son Emile in 1850. Levitation haunts the imagination of magicians and many have included it in their repertoire, often adding a personal touch. 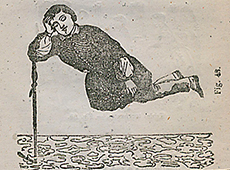 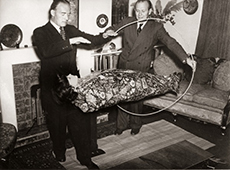 In 1873, Maskelyne and Cooke presented one of their first levitation, The Floating Lady, at Egyptian Hall, a trick that Maskelyne gradually refined to make it a pure object of mystery. In 1890, accustomed to the scenes of Vaudeville, Marion Purdue, La Vénus Mystérieuse (“The Mysterious Venus”), gave an elegant version of the levitation, floating alone in the middle of the stage and crossing a hoop that was also floating…
Around 1910, Jules Eugène Legris, a resident of the Robert-Houdin Theatre, then directed by Georges Méliès, made a table levitate: seeing a common object fly is part of the fascination for the unreal and offers a clever counterpoint to the movement of human bodies. The flying piano trick follows the same logic, but it symbolically completes it by associating a pianist with the flight of a piece of furniture whose weight is one of the elementary characteristics and constitutes a large part of the surprise effect. 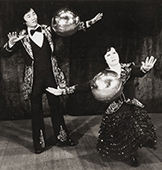 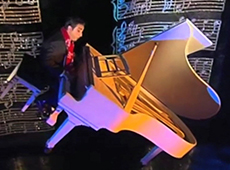 Faithful to the East, Leon Herrmann followed in the footsteps of his uncle Alexander and created his levitation, performed with his wife, Mary, whom he calls The Princess Mahomeda. Harry Kellar presents The Levitation of Princess Karnack, where his young partner floats above an illuminated stage, without the slightest decor. In the 1950s, Kalanag chose to disconcert his audience and colleagues by presenting the same levitation imperceptibly broken down into three different techniques. With Vibrations and Wade in The Water, Cie 14:20 explores the state of weightlessness and challenges notions of movement and physical reality. Logic explodes and the irrational imposes itself with a confusing naturalness. Levitation becomes much more than a simple effect to serve a poetic and theatrical purpose and thus transcend classical codes of performance. 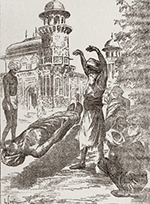 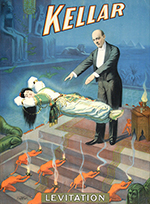 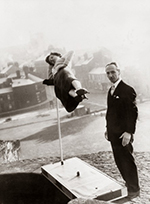 In the 1950s, Peter Foy, an inventor skilled in the creation and development of theatrical machinery, dissatisfied with the flight processes in a Peter Pan production, perfected the system and managed to give the illusion of unimpeded movement. He founded Flying by Foy in 1957, a company that uses technology to create innovative stage effects. Several decades later, John Gaughan drew inspiration from his work to develop a flight technique for which he filed a patent in October 1994. Created in 1992, Flying marks the history of modern magic by the extraordinary fluidity of the movements it offers to the magician.

The technique refers to ancient apotheosis, has survived through the centuries, and David Copperfield, who buys the rights to it, continues to improve it through a relentless practice. He gradually turns it into a prodigious attraction, creating the total and perfect illusion of floating without constraint. By presenting this trick with an eagle at his side before flying away himself, Copperfield also summons the spirit of Icarus and links his work to one of the most powerful mythological elements of the human adventure.  In the 21st century, the Swiss Peter Marvey also offers a flight without constraint and wraps himself in wide wings, creating both an image and a symbol.

Levitation fascinates and inspires people through a very wide range of possibilities. René Goscinny and Albert Uderzo can't resist giving the legionnaire Plutoqueprévus the power to fly in their album Le Combat des Chefs (1966) while Nathan Petrelli, one of the characters in the series Heroes, created by Tim Kring (broadcast from 2006), also has the gift of rising from the ground. In 1983, computer scientist Richard Stallman created GNU, a free operating system, one of the illustrations of which is a levitating gnu… 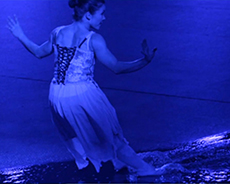 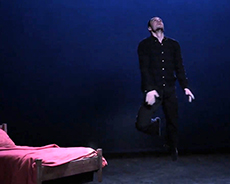 1. As mentioned by Ricky Jay, in Le Livre de la Magie, edited by Noel Daniel, p. 36 of the French edition.

2. Available for consultation in the collections of the National Library: https://data.bnf.fr/fr/12041952/patanjali_les_aphorismes_du_yoga/