Obstructed, chained, locked, crushed, shot, burnt down, sawn, cut, pierced or sliced: the body of the magician or his assistants is often severely tested for the purpose of the illusion. Destroying oneself and being reborn before the amazed eyes of an audience involves both mystification and mysticism: this is undoubtedly where much of the desire for invincibility that characterises the creation and execution of a multitude of tricks haunted by the expression of flagrant invulnerability lies. 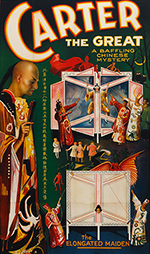 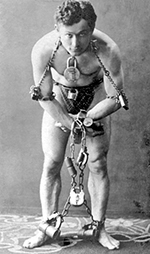 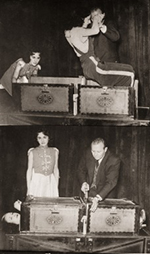 In 1586, the Frenchman Jean Chassanion described in his book Histoires mémorables des grans et merveilleux jugements et punitions de Dieu advenus au monde1 a trick that seems to be a prefiguration of the Gun Trick made by Coulen de Lorraine. The latter was shot down in 1613 by one of his assistants, foreshadowing the impressive death toll caused in the field since the 17th century by the completion of this trick.

A magician himself, a soldier and considered as the founder of the modern circus, the British Philip Astley took over The Bullet Catch in 1762, the precursor of the Fusillé vivant ("Shot Alive") trick. The prowess consists in catching with the mouth a bullet of which the illusionist himself is the target. Shot from a distance by the magician, a spectator, representatives of the police or a local army corps, the projectile was carefully marked beforehand to remove any suspicion of substitution.

Several magicians presented this very risky act: in April 1869, at the Cirque Napoléon in Paris, Dr. Adam Salomon Epstein offered a variant that consisted of picking a handkerchief at the end of a sword propelled by the powder of a pistol. To perform this trick, he asked for a volunteer to shoot him. It is the fourth spectator who will finally do the job and, due to an alleged technical problem, kill Epstein. In fact, he had actually planned his death and... his resurrection! He was indeed performing at Circus Renz2 two years later, with his show Abracadabra… In May 1918 at the Wood Green Empire Theatre in London, Chung Ling Soo in fact died by doing what he had titled on his posters Condemned to death by the Boxers, Defying the Bullets. A century later, some also took up this trick again by introducing a variation, notably David Blaine, who executed it by inserting a small steel cup into his mouth to receive the bullet, or Penn and Teller, who recovered two bullets marked by audience members between their teeth. The two magicians face each other and, as in a duel, exchange their projectiles. 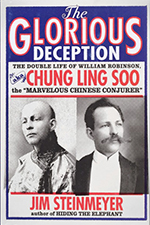 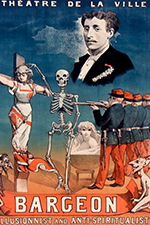 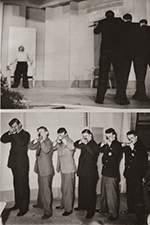 The notion of invulnerability is decisive in defining a wide range of tricks and contributes to giving the magician a unique aura, especially in the register of the great illusions. In his 1868 book, Confidences et révélations-Comment on devient sorcier, Robert-Houdin evokes the Aissouas he observed in Algeria: "these people eat thorns and thistles, those pass their tongues over a red iron or take them between their hands without being burned. One strikes his left arm with his right hand; the flesh appears to open, blood flows abundantly; he passes the hand over his arm again, the wound is closed, the blood is gone."

The variations of fakirism are a first step towards appreciating its evolutions: by dancing on broken glass or glowing embers as a counterpoint to his choreographic repertoire, the elegant Rajasthani transvestite Queen Harrish maintains an ancient tradition of spectacularising the protected body. Producing and manipulating fire obeys this same fascination with being close to death and danger. Professor Seeman inaugurated the modern version of cremation in the 1880s. The effect is impressive and the Victorian magician Vonetta3 gave a striking version of it in 1914 by setting one of her assistants on fire. The Belgian Servais Le Roy created a spectacular cremation effect in the 1950s that delighted fairground magicians and the Frenchman Yanco in the 1980s, particularly on the Achille Zavatta circus stage, thrilled the audience when he discovered a blackened skeleton in place of the magician's delightful partner... 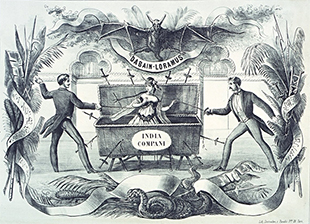 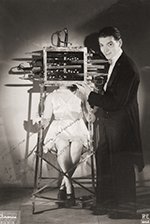 In another register, the field of escapology, many magicians place waiting and anxiety at the heart of their practice. By being chained and then immersed in a tank filled with water hidden by a curtain before escaping after a few endless minutes, Harry Houdini offers his audience heartfelt fears, but he is also extremely successful. Dislocation and separation of body parts are all reminiscences of the Inquisition's methods of obtaining confessions, but magicians make them above all a symbol of their invulnerability. Robert-Houdin did not present this effect himself, but he attended and described a presentation of "The Recalcitrant Decapitated Man". Several years later, Georges Méliès programmed this attraction under the same name on the stage of the Théâtre Robert-Houdin4 and other magicians such as Harry Kellar or Adelaïde Herrmann also performed this trick, which perhaps culminates in Bénévol's version, realistic and all the more terrifying as the attraction concludes the show and the audience is invited to leave the theatre, without applauding, in a... deathly silence! 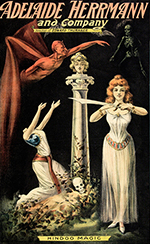 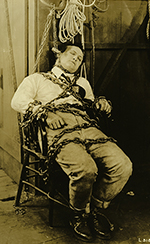 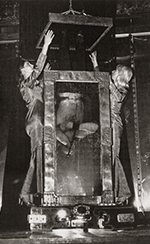 The idea of sawing, without damage, a living being has nourished the imagination of the English magician P.T. Selbit5 who, in 1921, created a version at the Finsbury Park Empire in London. This version, executed with a hand saw while the "victim" is tied up and locked in a box, was taken up by magicians such as The Great Carter or Robert Harbin. But it was Horace Goldin6 who really popularised the trick by developing it technically and giving it an extraordinary intensity. Goldin used metal plates to separate the two halves of the cut body "cleanly" and a circular saw. By using the same procedure without boxes to hide his partner, the Peruvian Richiardi Junior7 follows in the footsteps of Horace Goldin or the Indian P.C. Sorcar8, who stopped at the first step of the trick and did not put the woman body back together when doing the trick live on TV. 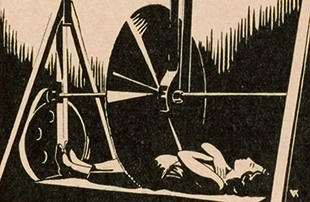 Richiardi gives a grandguignolesque version with assistants dressed in white coats, ether vapours diffused in the room, a lot of blood and entrails clearly visible at the end of the cutting. The magician thus returns to Elizabethan hyper-realism when the actors who are victims of a struggle die ostensibly emptying their viscera before the eyes of a fascinated public. However, the viewers' perception changed from one century to the next, as Richiardi Junior was thanked and dismissed at the end of the dress rehearsal when he appeared on the programme of the famous television show "La Piste aux Étoiles": the rare spectators and technicians, taken by irrepressible nausea, convinced the producers to cancel the broadcast of such a bloodbath at prime time... A few decades later the perception evolved again, and David Copperfield gave his own version of the circular saw by cutting himself in two. The illusion always causes great shivers in an audience eternally divided between daring to look and disbelief…