Mediator or social intervention clowns are a recent category of contemporary clowns. Yet they can be considered as a modern resurgence of a wide variety of comic characters who, since antiquity and in distant and mutually unfamiliar cultures, have played a role in the organisation of their respective societies. The common denominator for these comic characters, mediators or agitators through their work, seems to be madness and its variations, such as buffoonery. Profane like the performance of the Kyogen actors, literally "crazy words", which in Japan constitutes a salutary interlude between two Kabuki pieces, also sacred. 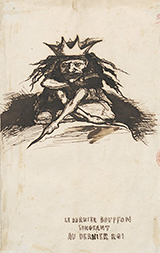 Ethnologists have discovered in North American Indians1 but also in the cultures of Africa, Asia and Oceania, characters who provoke laughter during ritual ceremonies. They have sometimes called them "sacred clowns" in reference to European clowns because most of the work of these ethnologists takes place at the beginning of the century, at a time when the circus clown reaches its peak. The word clown, detached from its specific expressions, became in this case a concept covering a number of realities that were different from its origins. The observations were enriched by encounters with the Magars or "idiots" of Nepal, the Gnawa of the Sahara, the Fools of God, the name given to the gyrovagic monks among the orthodox and eccentric Zen monks of China, or the Qalandars, Sufi buffoons in pre-Islamic Persian society, and the Atsara from Tibet.
These human figures took over from ancestral religious traditions that included deities that were disruptive and threatening to the established order: the Thunderbird of the Indians, the Pale Fox in Dogon country, Legba in West Africa, Rankda in Bali, Shiva, Hindu goddess, Susano-o, mythological figure of Shintoism, Mani in Polynesia, up to Dionysus in Greece, and even Satan in the religions of the Book, the Torah, the Bible or the Koran. 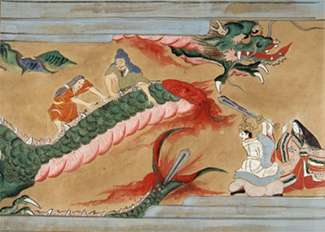 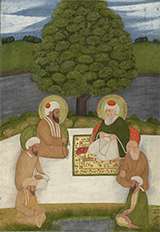 It is interesting to note that Levi Makarius 2 considers that "circus clowns are indeed the descendants" of the primitive ritual clowns whose "exhibitions are at the source of this burlesque vein that will mark the manifestations of popular theatre, carnival, masquerades, and whose circus clowns have kept the essential features: absurd behaviour and comic entanglements with fear". 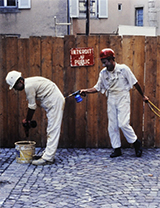 Ritual clowns are the equivalent of the Tricksters, mysterious mythical characters who can be found in all ethnological areas but especially in North America. (They) "are the agents that evoke a fundamental, contradictory experience that generates dramatic situations".

Thus, the entertainer function of the social actor clown is the appearance of a hidden function: to play with the challenges and contradictions present in a social situation, issues concerning human values, suffering at work, conflicts, profitability, fear, suffering and death… The clown - to keep this generic name - takes over from Orpheus, man, facilitator and hero of the in-between. He is somewhat in the universe of shamans who face directly and sometimes dangerously the occult forces, provoking nature and society with their grotesque and unpredictable behaviour. This brings us to the question of why: why violate taboos? B. Hell (1999) argues that organised society can only survive the destructive power of the divinities of chaos as long as we confront it in subversive negotiations that can be shamanic or comic. Transposed to the social level, the confusion of codes between the clowns and the fools provokes laughter as a privileged mode of negotiation between the forces of law and order and those of chaos and unrest (Balandier 3). 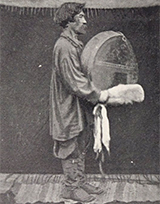 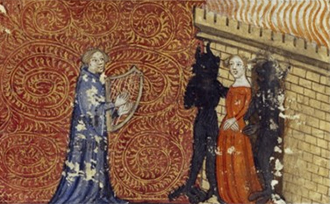 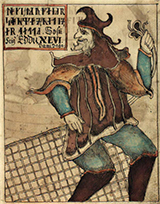 The school of buffoons and fools 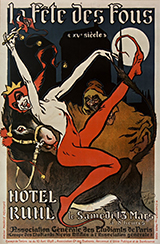 "The clown is associated with the buffoons and the school of buffoons opened in the middle of the Christian Middle Ages with the countless jugglers whose Latin name, joculatores, indicates that their number one occupation is to make people laugh..." (Simon4).5

The buffoon tradition represents a great tradition of laughter professionals, street artists, masked wandering entertainers who are part of the carnival spirit characterised by parody, derision, madness and celebration, and whose historians have traced the typically urban effervescence. "The comic scene is the meeting place of a great society of characters, a whole series of grotesques which, in the 16th century, parade in England as well as in Italy. " (Bourgy6), and of course in France.
In the Middle Ages, the pathological madman was feared and respected because he was attributed divination gifts. The buffoon, on the other hand, is a metaphorical fool. He dramatised the madness that was then described as "maddening". The Feast of Fools, which for centuries took place between Christmas and Twelfth Night, exalted madness by mixing the sacred and the burlesque in a profanation of liturgical rites in the very heart of cathedrals. "When the Feast of Fools disappears, after an apogee in the 14th and 15th centuries, (...) it gives way to the Carnival, which substitutes a profane burlesque for the sacred burlesque. " (Simon). And indeed, during the " hullabaloo ", the characters of the carnival invaded public spaces and social life venues to jostle their order and deploy a parodic and critical performance there.

Similarly, the challenge to the established order is reflected in Europe in the collective excesses of the Carnival, in the tradition of the Greek bacchanal of Dionysus, the Roman Saturnalia and the Sabbaths of Central Europe (D. Fabre, 1976). Within the parades, the fools defy the power and religion with their radical provocations, speak out loud the embarrassing truths and overthrow the social hierarchy for a time. They were originally organised with the cooperation of the authorities, but the effects of social inversion have become such that they were banned during the 16th century. The question of controlling disorder, which social intervention clowns in turn experience, is therefore nothing new.