Who doesn't immediately recognise Charlie Chaplin, Annie Fratellini or Slava Polounine? The red nose of the Auguste clown and the clown's "bag"? The absurdity of George Carl or the provocations of Jango Edwards? The art of professional clowns, on stage, on the ring or on screen, is based on formal and expressive elements. Make-up, costume, voice, accessories, gait or behaviour, draw the particularities and personality of the character. These features and the situations imagined by the artist play with cultural references and social structures, by swaying between the markers of what is considered the norm and those that are deemed to fall outside the norm. This reveals the forms, types and meaning of the role played by the clown. 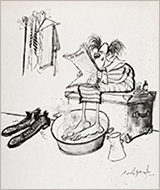 The combination of the artist's personality and the comic project creates a silhouette, a look, an intimate world within the social sphere. When the make-up is marked, all masks are possible, displaying the eccentricity or monstrosity of the figure. The Rastelli, Bocky et Randel et Cie, Coco Poliakov, Tortell Poltrona (Jaume Mateu Bullich), Monti (Joan Montanyès) or Catherine Germain in Arletti have chosen this option. When it is discreet or absent, the emphasis is on behaviour and gestures, as in Keaton or George Carl for example, who bring the comic or burlesque character closer to us as a poetic mirror of our daily lives.
The hairstyles, coloured or shaggy hair and singular hats, are heirs to the emblems of madness perched on the hats of court jesters, silly characters and fools: donkey ears, rooster spikes, horns, bells, sexual symbols or chimes, which can be found on the heads of Triboulet, the clowns of Seurat, Raymond Devos or Lullaby and which give rhythm to the character's and the spectators' exhilaration.

The costume can be a symbol of social class. The aristocratic richness and elegance of the clown's bag is matched by the patched pants and the Auguste's proletarian cap. Too loose, too short or mismatched, it is also a poetic element as in Tchou, where Polounine chooses them as vivid as childhood or as dark and uniform as death. The clownish borrowing from other cultures is also a source of comic strangeness: Hindu turbans or Scottish kilt for example. The emergence of female clowns over the past century marks a turning point in the comic wardrobe and its relationship to gender. Among female artists, extravagance is often chosen, asexual neutrality is sometimes claimed (Annie Fratellini, Motusse de Maripaule B.). But for men, the garments are still tools of burlesque disguise, such as Foottit or Achille Zavatta as a horsewoman, with a blonde wig with braids, a leotard, a classic tutu and stockings covered in enormous hair. Age can also be disguised: Harry Langdon as a baby at the end of Tramp Tramp Tramp or Ludor Citrik in his early days as frail old man. Some social functions inspire the use of clownish clothing by borrowing military, religious and sports uniforms. 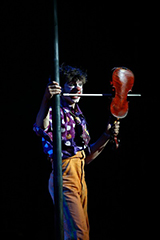 The voice also plays with known landmarks and registers. From extreme bass to high-pitched, it is sometimes totally absent, sharpening the concentration on the artist's gestural language. Active, it can juggle onomatopoeia, sound effects, accents or even mimic an invented language. When the text is present, the representations it conveys transport the comedian towards the absurd, the verbal sense of humour, the wise word or the popular language.
The clowns' compositions are sometimes organised around structuring elements such as cultural references or situations that can be identified by all spectators: theatrical (Shakespeare's Hamlet), cinematographic (film shoots), sporting (boxing, tennis matches), military, or even duel, marriage, birth, funeral. References to the culture of the circus itself are not uncommon (audition, relationship with the ringmaster, unsuccessful routine, appearance of a pseudo spectator in the ring).
The accessories play with our perceptions: enormous or tiny, dated or with ethnic connotations, they break with the norm in an unexpected way. Musical instruments also contribute to the astonishment. Sometimes chosen for their shape or their exoticism, sometimes used in an unusual way like the Swiss clown Dimitri playing several saxophones at once, sometimes made of objects misused from their original functions to produce sounds (glasses, bells, balloons).
The forms used or created by clowns therefore play with reality and its interaction with our perceptions. But artists and their characters also play with our imagination and our collective unconscious. 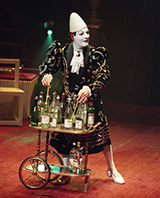 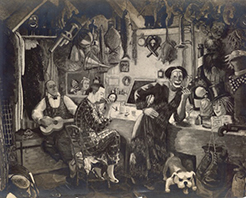 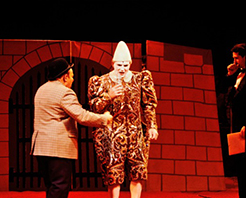 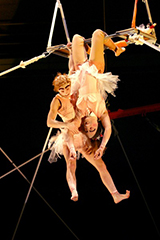 If clowns appear different from the spectators, their mental structures function in the same way. This is why, despite cultural differences, there are invariants of laughter from which a typology based on social models and archetypes can be drawn. The oldest is undoubtedly to be found in the world of the rustic, the peasant, the idiot. This is the origin of the Elizabethan clown who amazes and delights with his rural culture that is at odds with the aristocracy and the urban population. Richard Tarlton thus inaugurated a lineage that has continued in the Auguste and today among comedians in movies or television such as the Deschiens. This comedic character of the 17th century peasant will be followed by its proletarian counterpart after the 19th century. The servant in the ring created by Tom Belling, the railwayman invented by Charlie Chaplin, Oleg Popov or Yuri Nikulin, bring intelligence and dignity to their blundering but triumphant characters with the general public. At the same time, the wise and knowledgeable clown is also being established. Succeeding the court jester, he is an intelligent humorous comedian by virtue of his function and necessity, since he had to be careful when criticising the regime within the constraints of what was admissible. Robert Armin, an intellectual and Shakespearean fool, is an ancestor of the talkative, elegant and spiritual clowns. Gifted with the skills gained through aristocratic and then bourgeois education (poetry, music, dance, martial arts, gymnastics), they are outstanding. Auriol, Francesco Caroli, Raymond Devos or Emma la Clown are their descendants.
The complementarity of the comedic characters in the master and servant dualities, powerful and miserable, order and disorder, which replay between grotesque and sublime those of Apollo and Dionysus, will be the framework of the types of clown comedy, whose trio Fratellini will determine the geography of the characters: François, from the Italian comedy, very comfortable in his fluid and colourful costumes, Paul in his dark outfit, monocle and top hat, heir to the very Germanic figure of the fallen squire Tom Belling and Albert, in his extravagant rags, emblematic of the Anglo-Saxon excess, unruly child of the people. The ringmaster, representing the circus' managing director, completes this small farcical group whose types cross the borders of the industrial world. The absence of female figures until the beginning of the 20th century in clown comedy in the circus, while they were present in English pantomimes from the 18th century onwards, then in the cabaret, is a significant cultural marker. 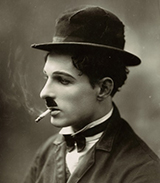 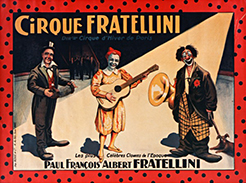 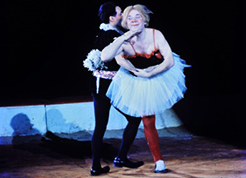 Several models have been developed around the clown's relationship with childhood. One of them is undoubtedly linked to the close relationship between laughter, play and pleasure and a childhood-like mood that is sometimes chosen for clowning. This particular mood that some artists are dedicated to is reputed to facilitate a relationship of close complicity between children and clowns. But things, as always, are not so simple and many children turn out to be frightened by clowns. Child psychiatrists are not unanimous on the beneficial effect of hospital clowns, insisting that certain instances of these strange figures appearing among sick children can increase their anxiety. The clown-child equivalence is also useful in the commercial sphere for many entrepreneurs, whether they are from the cultural sector or not. It is ultimately present in the minds of parents as much as of the children themselves, who nevertheless discern all the ambiguity and the dark side of this figure with which they have points in common, but which, animated by an adult, can appear monstrous to them.
Playing with our perceptions and our cultural references allows the clown to make people laugh, but that's not all. A whole range of emotions is born around him. Tenderness or joy, of course, but also strange or anxious feelings that arise from weirdness, exaggeration and transgression, producing melancholy, rejection, fear or even dread. So, the clown is more than just a model of the sweet innocence of childhood. It also represents all that is weird, disturbing, inappropriate, subversive. 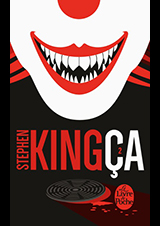 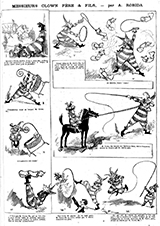 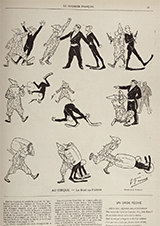 A wide range of worrying behaviours can occur. George Carl as a hyperactive goofball confused with his props, Polounine constantly falling out of his chair, Madame Françoise and her logorrhea, make us laugh by their neurotic outbursts. The Rastelli decapitated or cut in half, Buster Keaton seen by Beckett as a paranoid ghost in Film, or Bonaventure Gacon as an ogre devouring girls' fricassees, lead us far away from the supposed innocence of the kind Auguste or the light sunny flutter of the clown, into territories where the irrational and existential anxiety prevail.
Sexual transgressions are omnipresent, allusive when Dimitri explores a spectator's handbag, more explicit when Joe Jackson provokes laughter by sitting on a bike without a saddle or Rob Torres asks a lady from the front row to blow on an injured crotch. The texts of the classical clownish entries also exploit them, such as Pipo and Rhum in Le piano (1950):
Pipo: But you have done "Madam", there, there, "Madam!"
Rhum: What do you mean?
Pipo: You have done "Madam" on the piano!
Rhum: Don't say things like that!

The image of a diabolical and terrifying clown can also be an archetype of horror, as illustrated by many contemporary films. 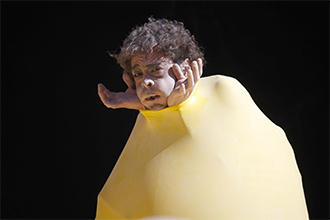 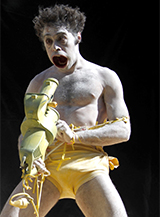 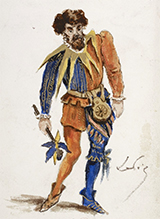 Two extremely subversive transgressions set the clown as a political model of disobedience and an archetypal figure of disorder: female clowns and political clowns. The former, acceding as clowns to the legitimacy of entertainers, are, by the very affirmation of their choice, in a position of subversive provocation of the established social order. They have evolved from a state of male sexual fantasy in 19th century novels to the status of artists known to make people laugh and think about the female condition, and include Lulu Craston, Annie Fratellini, Motusse, Olga Eliseeva of Teatr Licedei and Laura Herts.
Meanwhile, political clowns have been criticising the regime for centuries through derision or excess, all at their sometimes tragic risk and peril, whether they appear to be fictions or living artists. Characters inspired by Triboulet, François 1st's fool, Victor Hugo (Le Roi s’amuse, 1832) then Giuseppe Verdi and Francesco Maria Piave (Rigoletto, 1851), Anatoli Durov calling his pig after the Kaiser's first name, the German Emperor, who was visiting Russia, Jango Edwards, Ana Milena Velasquez and her street clownesses in Cali, Colombia, join the cartoonists and the skits performers in their free speech: in France they are Coluche, Bedos or Desproges. 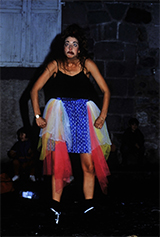 It is by relying both on what underlies collective identity - culture - and on what is universal that the clown chooses his tricks and exercises his art. There is a universal model of the clown based on constants of inversion, exaggeration, behavioural disorder or transgression, whose cultural expressions and types vary according to the social, political or ideological benchmarks that underlie the communication between the public and the artist.
These references used by the artist are as many limits that society has at its disposal to frame the subversive force of clownish disruption. The comic rituals of some peoples, such as the institution of carnival and the modern circus, allow society to absorb its bohemian fringes, as well as to control laughter and its excesses. The recent development of clown training, based on the paradox of the normative teaching of a transgressive practice, is a case in point. The case of Coluche's candidacy for the presidential election was also a case in point.
The clown is tolerated because it manifests acceptable forms of madness, deviance and transgression. Would its cultural function in fact consist in making disorder acceptable, neutralizing its subversive effect by normalising it? 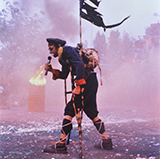 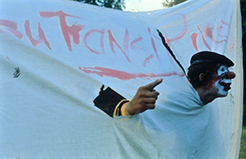 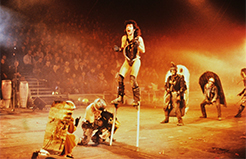