In the context of artistic magic, the great illusion is characterised by an inspiration drawn from the register of the impossible associated with a highly spectacular dimension. In the West, it is modern magic, a form of artistic magic that appeared in the 19th century, that distinguishes, over time, the categories of great illusion, parlour magic and close magic or close-up magic.

A world of magics 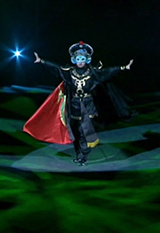 We know other living traditions of great illusion, such as street magic in India where, for several millennia, open-air tricks have been presented to an audience that is usually placed in a circle. Some local stage innovations can integrate the repertoire of the great illusion: this is the case of the machinery of ancient Greek theatre, the ancestor of the special effect. It is outdoors, in an Athenian hemicyclic theatre, that the first human flight was performed in 431 BCE. Medea, heroine of Euripides' eponymous play, floats above the stage in a chariot pulled by two dragons. What could be more appropriate than a mythical flight for this real outdoor baptism of the theatrical machinery!

The Bian lian, a secret technique specific to the Chinese Sichuan opera, gives the illusion of an instant change of face. It is used to embody mythological metamorphoses, but also the tricks by which humans manage to usurp the identity of an individual from a different social class. The Prague Black Theatre is a form of illusion based on a combination of specific materials and lighting that enables objects or manipulators to move invisibly on the stage. Apparitions, disappearances, teleportations... are facilitated by a lack of landmarks in the depth of the visual field and constitute the elements of a theatrical language that fluctuates between surrealism and psychedelism, which is particularly strong in the Czech capital.

These enchantments establish a tacit contract between those who present them and those who observe them: the illusory procedure lies in the relationship (more or less known by the spectators) between the virtuality of the rigging and the reality of the image that is shown to be seen. However, local metaphysics must allow such a distinction. The effectiveness of the illusion depends greatly on the viewers' beliefs about the reality of the world around them. Protected by technical secrecy – which sometimes resembles an open secret – the great illusion contributes to the development of a very particular form of adherence to the image, in which the spectator doubts what he sees... while believing that he sees what he has not seen! To speak of illusionism, the cultural, linguistic context, and the traditions related to the representation must allow this half-belief, this mode of adherence to the image. This is why we only find great illusions in rare contexts, even if, from far and wide, there are phenomena that seem to be responding to each other. 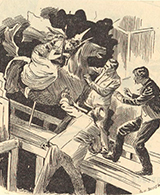 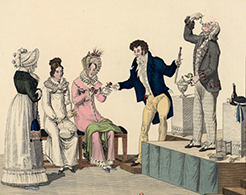 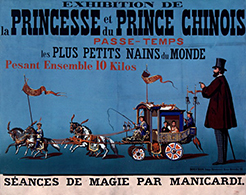 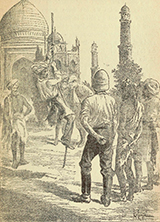 perform static levitations that give the illusion of floating at the end of a rope or stick, the Indian basket tricks, in which the magician's assistant seems to teleport from Delhi to Calcutta, via Bombay, through the mango tree growing before your very eyes.... This rich heritage partially coincides with traditional Chinese magic. Various historical testimonies and ethnographic observations illustrate the age and impressive constancy in the staging of these tricks, which are transmitted exclusively by oral means, despite linguistic and cultural variations.

The magic rope trick, which rises in the air to the sound of the flute (or Hindu rope), is probably one of the oldest known to man: mentioned in the Vedas, it has been observed by travellers such as Ibn Battûta (14th century) and Johannus Weier (16th century). It evokes mythological and religious narratives, such as the tale of Shiva dragging Sati's body at the end of a rope; but also, mystical levitation: for example, the power of laghimā to "make yourself as light as a feather", according to yogic texts. Ritual and therapeutic practices, Indian medicine and witchcraft give great importance to shoelaces, knots and ropes, developing a symbology of attachment in reference to the "linker" god Varuna, who is adorned with a magic rope that enchants his enemies. Popular culture, with parables such as the snake and the rope, but also sports, especially mallakhamb, acrobatics and pole numbers, also feed the imagination with illusion, verticality and ascension. 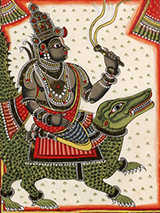 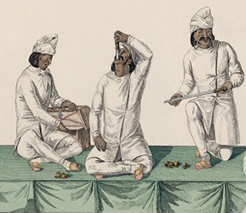 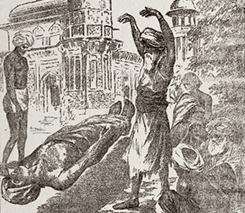 In Europe, modern magic has developed an ambiguous set of references, alternating between the secular world of entertainment and the metaphysical and scientific questions specific to its time. In the 19th century, the great illusion seems to have fun illustrating or diverting spiritualism, a spiritual movement that was very popular at the time: for example, the manifestations of ghosts and other ectoplasms. In France, Robert-Houdin seizes the "striking spirits", with whom the Fox Sisters say they communicate during public seances in the United States. He carries out, in a live performance, a spiritualist experience, during which striking and knocking sounds come out of an empty box, with no apparent cause... before changing the production, once the fashion has passed: the trick is then presented as an acoustic experience. In spiritualist seances, mediums present levitations which, if they sometimes resemble those of illusionists, are considered "without trickery" by witnesses. Some ghosts are even becoming internationally renowned! This is the case with the apparitions produced by Florence Cook: in a black cabinet, the medium reveals the face, the hands, then the entire body of the spirit, named Katie King, who walks on stage and calls out to the audience. This type of show attracts a large audience; ghosts even have their admirers, who propose to them and offer them bouquets of flowers. 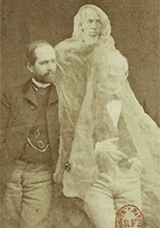 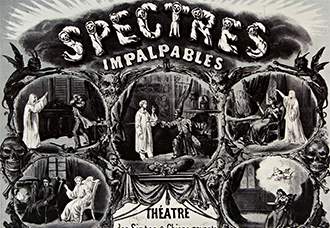 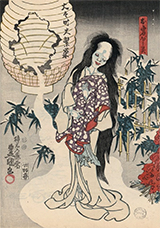 The Davenport Brothers, neither quite mediums nor quite illusionists, performed on tour in Europe with a number called The Spirit Cabinet. A debate divides public opinion, between those who claim a manifestation of the spirits, and others who cry out for deceit. Catholics, who recognise the Marian apparitions and levitations of saints such as Joseph de Cupertino, hesitate to espouse spiritualism... Some magicians are keen to unmask those they consider to be mystifiers or hoaxers. Harry Houdini tries to discredit the medium Mina Margery Crandon, who is nevertheless supported by fervent believers such as Arthur Conan Doyle. 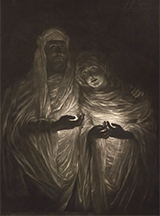 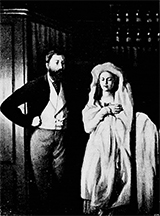 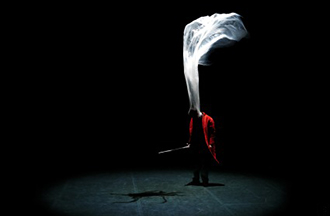 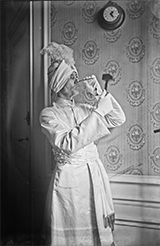 Shamanic rituals acquire, by their inexplicable nature, a certain notoriety. This is the case with the shaky tent, as practiced, for example, by the Naskapi in Canada. In a large tent facing the audience, the shaman is tied with ties to a pole. Through a process of backlighting, the shadows projected on the face of the tent reveal the arrival of spirits who sound musical instruments, then tear off the shaman's clothes, and shake the foundations of the structure, which seems to shake. The shaman is then released from his ties. Did the Davenport Brothers know about this ritual when they designed their illusion The Spirit Cabinet?

The followers or practitioners of voodoo cults, and Afro-Caribbean cults such as candomblé, santería, palo, report phenomena of invulnerability such as resistance to burning, states of trance that can last up to several weeks, the ingestion of glass or dead animals... In the Philippines, some healers are known for performing surgery with bare hands, without scars and without pain. During these therapeutic rituals, the healer, after having made his diagnosis, plunges his fingers into the patient's stomach to extract a fragment of bloody tissue. In fakirism, an asceticism linked to Sufism, the fakirs practice fire walking (walking on hot coals), enucleation, pierce their flesh with sword and metal objects... Intentionally dramatised, these ritual shows represent the rapture out of oneself, the communion with God, the intercession of the saints of Islam or the psychological conditioning of ascetics and attract a religious and profane public. While the term fakir is often misused to refer to illusionists imitating these performances with rigged means, it can be noted that ritual mortifications are common, for example in Bangladesh, during the so-called Charak Puja celebrations, where devotees suspend themselves from whirling structures using hooks planted under their skin and throw themselves into shards of glass. 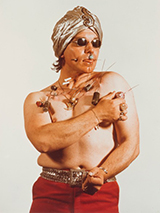 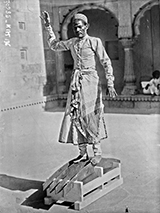 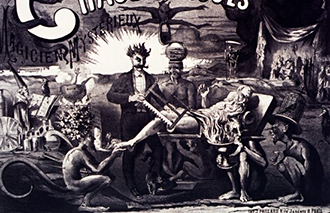 Some illusionists use cases in the media, such as the one involving the Philippines healers, to denounce what they consider to be charlatanism. It is sometimes wrongly argued that the trickery is done without the patients' knowledge. Illusionists or spiritual masters? Why not both? The issue of faking or rigging does not have the same value or function everywhere. Thus, these phenomena, which are very different from each other, have in common only the fact that they are considered magical by the naturalistic viewpoint of Western societies. Similarities are observed at the cost of excluding the cultural, linguistic and cosmological contexts, but also the representations of the body and the cultures of the image, in which magicians operate.