Appearing in Europe in the 14th century, cards are regarded as a form of gambling. Cheats and crooks seize it and explore its technical possibilities, long before the illusionists. This is the subject of a book by Robert-Houdin (1805-1861), Tricheries Des Grecs Dévoilées (1861), devoted to revealing the deceptions of the Greeks. Other artists take up the theme of cheating and integrate it into their illusionist shows, such as the Belgians Luc Apers (1969-) and Christian Chelman (1957-) or the American Ricky Jay (Richard Jay Polash 1948-2018). 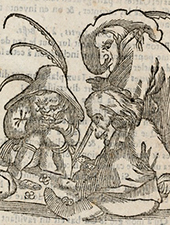 Characterised by the manipulation of cards, balls and cups, walnut shells or matchboxes, the Three-card Monte, shell games or cups & ball tricks is not strictly speaking a magic trick. The practice takes identical forms, but the staging and purpose differ radically. The trickster diverts the attention of the player with a codified game pretence. The practice of illusion, inscribed in the respect of a natural order, takes place without any magical reference in order to make its technical actions invisible. The prestidigitator is distinguishable from the cheat by his fundamental transgression of natural laws. He goes too far, crosses the line, and breaks the code by creating a distance or rather a detachment with the spectator. The spectator is invited to approach this in terms of performance related to a spectacular act. Paradoxically, this magical transgression makes it possible to establish an implicit pact regarding the illusory nature of what is being witnessed. The magician displays his honesty by making his dishonesty visible. He expresses and assumes the truth of his "lie". 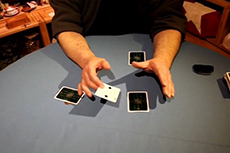 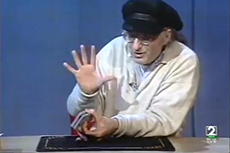 Cheats simulate clumsiness or innocence to better deceive their dupes. Magicians use different modes of presentation. For the most part, they practice classic, clean and elegant card magic, without excessive embellishments and without extravagance, often tinged with humour. Others, in a different style, (over)play with delight a “messier” and more disordered card manipulation, of which all techniques seem to have disappeared. The magical effect is then amplified by this gap between an inextricable starting situation and a miraculous finale that mysteriously brings order back. Thus, coming from the Spanish school, Juan Tamariz (Juan Tamariz-Martel Negrón, 1942-), an extrovert and frantic card manipulator and Dani DaOrtiz or the Swedish Lennart Green (1941-), with a chaotic style, give the illusion of manipulating cards in a totally random order while at the same time maintaining their secretive mastery.

The playing cards can be used for major stage manipulation acts as well as close-up or close magic. They can be seen in four types of close magic presentation: abstract, illustrative, symbolic and realistic1.  The most widespread, the "abstract" or experimental card manipulation focuses on effect and procedure. The cards are lost and found, they appear and are transformed: the magician shows his talents and powers. Written into a protocol, the discourse is generally descriptive and focuses on the manipulation of the deck of cards as its final purpose. It seeks to communicate the impossibility of the effect presented. The card deck is considered in its generic dimension. It is potentially replaceable. Unlike the "realistic" form, which uses a special deck of cards, it could be borrowed. The focus is on the moment of experimentation and the reality of the experience. It is the direct exchange between the magician and the spectators that prevails. This form plays on certain psychological factors and encourages the spectator to get involved in the trick. Magic thinker Eugene Burger (1939-2017) points out that a simple demonstration of "cutting the aces", far from being meaningless, stimulates the imaginary world of the game. A player's fantasy, illustrated in a mythical scene from the cheat film Maverick (1994), this demonstration resonates with any card player. 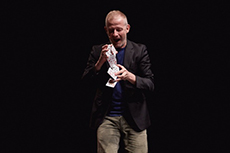 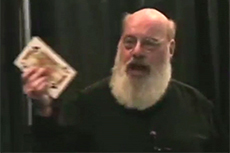 In "illustrative" magic, cards are considered as signs and very often personified. The Jack is an inspector who conducts the investigation to find a chosen card. The Queen is a worried lady who disappears and magically reappears. A Houdini card escapes from the prison of a handcuffed game. The cards refer to a singular reality.

"Symbolic" magic lies between abstraction and illustration. It requires a constant double reading. The accessory remains the same in its technical possibilities but becomes a symbolic support. Unlike illustrative magic, which makes card games a world apart, symbolic magic helps to maintain the agreed link between the magician and the spectators. 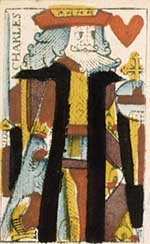 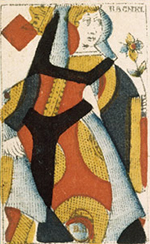 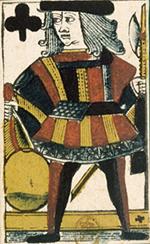 Finally, the "realistic" approach to the magic object is based on a unique deck of cards, unlike "abstract" magic, which uses an "ordinary" deck of cards. This deck exists by itself through its history, its full individuality and its deep specificity. It is anchored in the world of fantastic illusionism. Christian Chelman explores this path by developing an approach centred on hauntics, in other words, loaded objects. In Le Paradoxe de Quan-Tri, he revisits the theme of "the ambitious card", a card that cannot be lost in the shuffle, with a set of cards that has "authentically" belonged to a Vietnam War soldier. To reinforce the credibility of the story, the game is associated with the environment of the G.I., a real time capsule composed of a lighter, Vietnamese banknotes, military medals and other photographs… 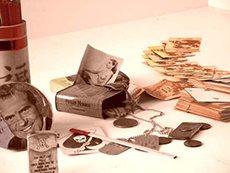 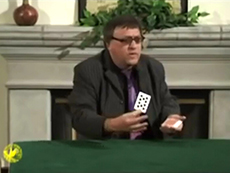 Thus, two dividing lines distinguish the conceptions of the magic object.
The first is based on the opposition between the tricks that use the card game itself (abstract and realistic forms) and those that use it as a sign or reference (illustrative and symbolic form). The second distinction restores the polarity between a realistic approach (illustrative and realistic form) or a more suggestive one (abstract and symbolic form). 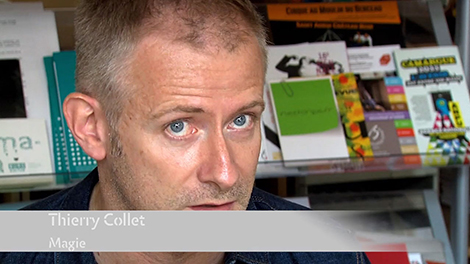